A Foggy Day, Harbinger of Spring 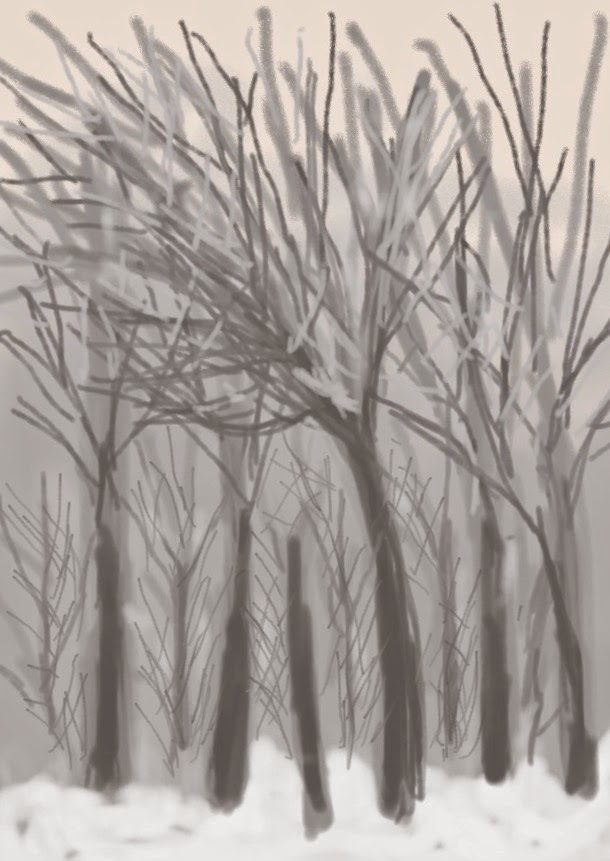 This cruel winter is winding down. Last week there were 7 or 8 inches of snow on the ground. The first warmish day, a dense fog hung about for most of the time. I love fog. I like the mystery of how it can transform familiar spaces and change one's orientation to reality. I like how it makes haloes around street lights at night. I like how it creates a feeling of isolation, so that my house seems to be far from any other houses, as if I'm on an island far away from land.
In the last few days, all that snow is gone. The ground is brown, with a gray-green cast. For those living in low areas or near creeks and rivers, there's water everywhere. There's still a chill in the air, but we have had a few days of sweater weather. Some people here in northeast Ohio have crocuses and snowdrops blooming already. The ice is mostly gone, although John found the trail in one of the MtroParks ice covered yesterday when he went for a hike.
Saturday night, when Sally and I were returning from a concert, we found a crowd of students along University Drive, out on the muddy lawns of fraternity houses, enjoying their beer and music as if it were late April and 70 degrees instead of 40.
It's been a loooong winter.
Posted by Guenveur in Kent at 11:45 AM