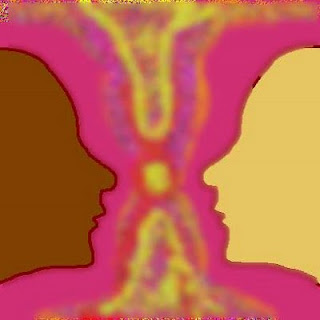 As the effects of the recent incident in Cambridge, MA ripple out from the regular press and cyberspace, it can be hard to find a rational, considered discussion of the events. However, I have read two very fine op-ed pieces reprinted in the Akron newspaper. Unfortunately, both escaped into the recycling truck before I could get the names of the authors. Both essays covered the same ground essentially, using the term "personal narratives" to analyze the possible states of mind of Dr. Gates and Sgt. Crowley. I like this concept because it makes the "teachable" moment suggested by President Obama operational.

The idea is that these two men each brought his own set of experiences to the interaction. For Dr. Gates it could be the story of what has happened to black men in confrontations with police in the past and his sense of his identity as a scholar and a man in his own house. For Sgt. Crowley the narrative has to do with the uncertainty and danger of what may confront a policeman in the situation of a possible break-in and his own vulnerability as a husband, father and cop. Both stories seem to involve fear of the Other. Both these narratives are emotionally loaded and when emotions take control, rational behavior disappears. I am oversimplifying this and cannot put it as eloquently as these writers did. Is racism involved? Probably, but just labeling it as such doesn't help us explore and learn what needs to be done. (Personally, I think Dr. Gates was unnecessarily handcuffed and arrested and justifiably angry.)
How can we use these powerful personal narratives ( back in the 60s we called it "where you're coming from") we all carry especially when they have an impact on race and other cultural differences? We are all so proud that we elected an African-American as president that we think we have the racial issues in this country signed, sealed and delivered - and we haven't. Maybe this incident will be a catalyst to do some significant and hard work, honest work.
By the way, I heard a conservative on the radio discussing this and he said he'd never heard of Henry Louis Gates. That's not hard to figure out: Gates is well-known outside academia to people who listen to NPR and PBS and read Harper's or The New Yorker, not media popular with conservatives.
Posted by Guenveur in Kent at 5:22 PM

Coincidentally, I have recently been asked to join a new Synod level anti-racism ministry. The first info session is in mid-September; I imagine it will involve some fairly heavy training. I like the idea that I'm getting in on the ground floor of this effort and that will possibly be part of Change.

Yesterday had hantonym which I knew had to be about words and Karendianne pinpointed that what it means is when two words sound the same in ASL.

I spent the 60s in cicil rights protest marches. Sometimes it was very scary, but we all thought it would get better. It has in many ways, but a lot of racism has moved underground - on both sides.

I hadn't even heard this news story until I read your blog. I agree that seeing both sides of the story is the way to get to the root of the problem. This is what you always taught us by example when we were growing up. I'm trying to do the same with your grandchildren. Thank you!