Nature Here and There 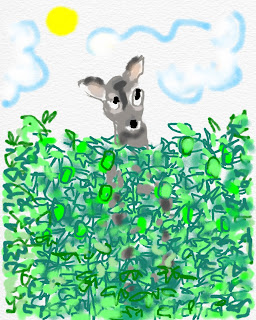 \The garden is thriving, thanks to the rain, along with those beautiful August sunshine and blue skies. Yesterday was on of the most perfect, with billowy clouds against the bluest of skies. Not a day when one would think of driving over to Youngstown, but we went to the Mill Creek park, a great contrast to the Detroit-like ambience of the former steel. We went in search of Lanteman’s Mill, and an attempt to find a bizarre exhibit at the . The mill is an historic structure which has been restored to working order, actually grinding grain.


The whole experience was rather dispiriting. The park is beautiful in itself, but it is apparent that there is not enough money to maintain any kind of meaningful nature center, which was staffed by a couple of rather rather apathetic women who barely made eye contact. A few kids were trying to interact with some pitiful learning exhibits, and one room was full of mournful, moribund turtles in glass cages.


The exhibit I was looking for, which has haunted me for years was a few glass jars of pickled snakes. Years ago we saw these at the mill, along with drawers full of dead songbirds, which someone had probably donated to the place. Several years ago, I found the snakes at the , but these were only a few of the birds left. I wanted John to see them, but there was nothing left. Apparently, collecting birds was quite a hobby, and they were preserved somehow, so that their feathers stayed bright. It had been such a weird sight to see those drawers full of little, colorful bird bodies and wonder how they had cone to be victims of some nut-case bird collector.


The mill, when we finally found it, was staffed by the same sort of uninterested employee. I asked her if they had corn meal or flour for sale. She replied that they did, when they had any, as if that didn’t happen very often. There were a lot of people wandering about, but not many seemed to be interested in touring the immense building. It is something like four stories high, which means a lot of stairs, too many for me right now, so we just wandered around. It’s obvious that this park needs better funding, but is struggling, as are many rust belt cities. It actually is a very interesting place, with a first rate art museum, a state university, and great ethnic restaurants.


We drove back via Rte. 422, which I’ve written about before, the road that used to be lined with the pre-historic like remains of giant steel mill, most of which have now been demolished. However, thee are several new ones, much sleeker and stream-lined compared to the old ones. I miss them, even though they were depressing, but in a good, artistic way, making me think of the thousands of people who spent their lives in these industrial hives.


We seem to have our own little nature center right in the back yard. The see have been at the tomatoes. Since we will be having bumper crop of the Roma variety, I guess we can share without too much trouble, Poor deer are losing their habitat and frequently wander the neighborhood, looking confused, but enjoying the vegetation.
Posted by Guenveur in Kent at 4:33 PM