I wrote some time ago that I like to read obituaries, stories of ordinary people who have led rich, meaningful lives. There were two this past week which were especially of that sort. One of the people I knew, the other I wish I had known.
I was drawn to a picture of a sweet looking, round faced woman. She was born in 1917' dying at the beginning and f her hundredth year. Her name was Sadie. She was born in Ireland, lost her mother when she was eight, and helped with her younger siblings until her father remarried. Her stepmother was a kind and loving person, and the family grew. When WWII broke out, Sadie volunteered with the ambulance service and became a trained first aid provider. She met an American G.I., and they married, staying on in Ireland for a couple of years. Then she sailed across the Atlantic with him and their first child.
The writer of the obituary tells of the effects of the trauma of war, and the marital struggle that resulted in divorce. Sadie by then had two little girls, and was living in barracks that had been converted into apartments, in a town in the northern, rather isolated part of the county. She got a job at a small rubber factory, and, until she was able to afford a car, she walked to work. She eventually bought a house, and when the rubber company closed, she took a job at Hiram College as a housekeeper, working there until she was eighty. Apparently she never remarried, raising her two daughters on her own.
When she died last week, she left many descendants, down to great-great grandchildren. The writer tells how Sadie would hold and kiss the infants, giving them an Irish blessing. An extraordinary woman. One thing was not in the obituary, perhaps because the writer may not have been aware of it: Had Sadie come to American sixty years earlier, she would have found on most places of employment this sign " NO IRISH NEED APPLY." Immigrant bias is not new, only being revived.
The other obit was for T. N.  Bhargava, who came to America  from India for graduate school.. He came to Kent State University, a newly minted Ph.D in mathematics. I met him and his then wife Rama at a Thanksgiving dinner, the week after the JFK. assassination. I remember that he was shocked that the usual college football games were going to go on as usual after such a national tragedy.  T.N. was  larger than life even then. He always carried himself like a soldier, straight posture,  chin up. He had a good sense of humor and  natural dignity.
He literally dived into both the town and academic communities. He brought international scholars to the university. He became involved in social and charitable institutions, serving on boards for the library and mental leather institutions. Over the years he contributed his time, his money and his expertise to a wide variety of f projects. We traveled in the same group that f friends and acquaintances, and I always enjoyed seeing him. He enriched the lives of so many people I'm the city
as well as the lucky students he nurtured. He has left quite a legacy.
These two immigrants led different lives, but both left their homes far away and made lives here that have enhanced their new country, and honored us with their presence. 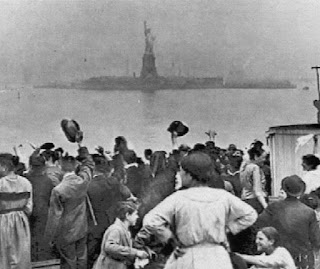 Posted by Guenveur in Kent at 1:20 PM