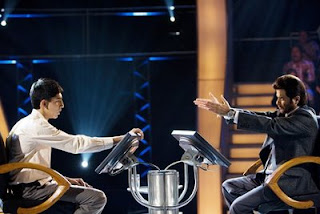 Good movies are always piled up at the end of the year to make the choosing of awards easier for those who select the winners of Oscars and Golden Globes and Critics' awards. I have recently, after a bit of a movie drought, seen three very fine movies. Unfortunately they are not the sort that will get one all cozy and ready for the holiday season.

The first is "Rachel Getting Married", which has some great acting, even though it is about those precious, wealthy kinds of people who live in large houses probably in Connecticut. It's hard to figure out exactly who these people are, since they seem to know a lot of musicians (It was written by Sidney Lumet's daughter, who is also the granddaughter of Lena Horne), and a racial mix of vaguely theatrical and academic types. And the wedding itself is a sort of "Monsoon Wedding" clone, for no apparent reason. Anyway, it involves a spectacular case of sibling rivalry and is fun to watch. If you think Mom liked your sister best, you may not enjoy it.
The next movie is "The Boy in the Striped Pajamas." It's a Holocaust story and heartbreaking, so it's hardly "The Christmas Story". It did come out quite a bit before the holiday season, but just reached this area around Thanksgiving. The acting is fine and it is something that could have happened - but probably didn't. I have been trying to think of what we called that horror before it started being called "Holocaust." I remember when the book and then the TV mini-series came out that it became the name of the tragedy. I think after the war, we called it "the death camps" or the "concentration camps" but didn't give it a name. "Holocaust" fits because that's what it was, of course, or genocide. It is just unbelievable still. The movie doesn't explain anything, because I don't think it is possible to explain such a terrible thing. It is worth seeing.
The best movie I have seen in a long time is "Slumdog Millionaire,"even though it, too, has some parts that are very hard to watch. The premise is so clever, even though it seems implausible: a poor street kid, who has had to fight to survive, gets on "Who Wants to Be a Millionaire?" and is able, because of his experiences, to answer more and more difficult questions. He is accused of cheating, and tortured by the police. In telling how he knew the answers, we see his life and find out. It's an amazing story and though fictional, you know that there are hundreds, probably thousands of children in Mumbai and other large cities where small children have a daily strugglem, often brutal, to survive on their own. It's funny and sad and just such an absorbing story. There is happy ending, a downright joyful ending.
Of course, I shall watch "The Christmas Story" for the zillionth time and laugh and all, because it is the season for that sort of thing. But is was good to see a few fine flicks for a change.
Posted by Guenveur in Kent at 4:58 PM