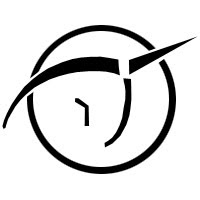 I remember when Madelyn Murray O'Hair was practically tarred and feathered for defending the Constitutional requirement for the separation of church and state. She claimed that prayer in school was in violation, and furthermore, that she was an atheist! Well, you would have thought that she had admitted to some heinous crime against humanity. An atheist! Good Christian men awake! She was condemned in churches nationwide. Called terrible names. Taking prayer out of the public schools was seen as downright un-American.

Since I had attended Catholic schools where we prayed four times a day (first thing in the morning, before lunch, after lunch and at dismissal) , I found this puzzling. They prayed in public schools? Whatever for? They were all doomed anyway on account of not being Catholics. That's the sort of thing we learned when we were not praying.
Well, atheism has come a long way since Ms. O'Hair disappeared. It has become quite trendy, what with books out by Sam Harris and Christopher Hitchens and some other guy whose name I can't think of right now. Nobody has consigned any of these writers to hell or accused them of sexually abusing goats and chickens. Their books have been best sellers, they've been on TV without being scorned. It's possible that there are folks who are clucking about this on talk radio, along with the birthers and death panel fear mongers, but they're not on my radar.
But there are limits. Even though an African American can become president, and openly gay people can serve in Congress, I have a sense that an avowed atheist could not become president in this country. Ever since Reagan pretended he was a born again Christian, presidential candidates have fallen all over themselves to show that they are church-going, born bona fide Christians and true believers, even if they're not. I think atheism is the last taboo. We'll have a Jewish, black, gay female president before we'll ever have an atheist, or even an agnostic. It's the American way, init?
Posted by Guenveur in Kent at 7:23 PM