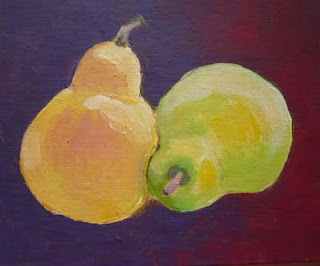 Since I am retired, I don't get snow days, but I take them anyway by not going out unless I absolutely have to, e.g., I need bread, milk or chocolate. I have been reading a lot. For some reason I have been stuck in mid 19th century America and most books have been concerned with the Civil war or the lead-up to it.

This has not been by design. It began with "March,:" which I mentioned a few posts ago, followed by "The March,"also previously noted. Then I read "The Known World," about black slave owners before the war. It is such a good book that I did not want it to end. Since it won the Pulitzer Prize and a few other book awards, I figured it must be good, but it was simply splendid and so wonderfully written. I had read a number of short stories in the New Yorker over the years by the author (I think it's Edward P. Jones) and had always liked his writing. It ends before the Civil War and I want to know what happened to the people (the ones still alive, that is) and wonder if he's considered a sequel.
After I finished that one, I read Toni Morrison's "A Mercy," another stellar work by America's best writer. It takes place in the late 17th century and involves a young slave girl whose mother hopes to save her by urging a buyer to take her daughter, seeing that even though he is a slave owner, he appears to be kind (a relative term.) Morrison doesn't hit you over the head with the evils of slavery, but in her almost poetic prose, you absorb the lives of the people involved on all aspects of it. It's told in a number of voices and she demonstrates her understanding of what kinds of feelings and rationalizations were experienced by these early Americans. Since we know the effects on all of us and our history, this is an important story. Morrison is a genius.
Now I have Barbara Kingsolver's latest, "Lacunae," which I'm looking forward to. The magazines are piling up, though, and I have no idea when I'll get to them. If ever. I mean, spring is inevitable, innit? And I shall have to throw off the shackles of winter and snow and hit the road on one of my trips to someplace that isn't Kent. A person can get pretty tired of the same scenery all the time. Books can take you away, but I'm looking forward to seeing real live green hills and blue water.
Another snow day activity, which I haven't done too much of since the end of the pastel class I took last fall, is getting back to some painting. I had these pears last fall and was planning to paint them. but it was a beautiful fall and the road called, so I just made some sketches and then took a few photos, figuring I'd get around to them soon. But I had to eat them, so the photos came in handy. I'm still experimenting with acrylic and avoiding oil. I think oil would be easier because it stays workable longer than acrylic, even when I used a medium which is supposed to keep it wet. Damn stuff dries too fast no matter. Maybe if I worked faster? It's fun anyway and since I do it for my own amazement, I'll keep trying. Until spring.
Posted by Guenveur in Kent at 10:38 AM

The author of "The Known World" is Edward P. Jones. Excellent book, yes, I agree. And I am so glad that you liked "A Mercy" by Morrison. It was a powerful read, loved it. I need to read her book "Beloved" one of these days.

I know a trip you can take in the spring - Paris! Want to meet us there?