The Beeb and Me 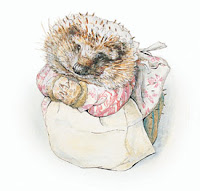 One of the neat Christmas presents I received this year is an Internet radio. With this little device I can listen to stations all around the world. I can also finally listen to my old favorite, WCLV, a great Cleveland music station which moved over to the far west side some years back and disappeared from the radios of those of us east of Cleveland. This is the station which carries the Met, so we also lost the opera broadcasts. Well, it's back now, thanks to this clever little radio.

But wait, there's more: I can also get BBC4, of the most fascinating radio stations ever. It's like having old time radio back -comedy, drama, esoteric quiz shows, lots of news about nature, witty discussions about obscure topics, serious discussions about literature and history and politics. I have become hooked. I never know what sort of things I am going to learn about. For instance, this morning there was a discussion about Greek tragedy and current soap operas. It was called "Oedipus Enders," using the long running soap "East Enders" as an example. Our PBS channel quit carrying it some years ago, leaving us bereft of the adventures of the denizens of the Old Vic pub. One of the writers talked of how they had borrowed from the great Greek dramatists for their story lines, most of which revolve around family issues, which the Greeks covered with "Oedipus, "Electra," and Phaedra." The Eastenders just do it in Cockney.
Yesterday there was a reunion of the cast of that great 13 part series "Brideshead Revisited," from the early 80s. It was fun listening to Jeremy Irons, Anthony Andrews and Clare Bloom talk about the two years they spent at Castle Howard in York making the film. The castle became a cast member on its own. I had a chance to visit there a few years ago and they have one area totally dedicated to "Brideshead Revisited." There's still a Howard living there, and he was on the program, too. He is quite proud of the role his home played in a historic TV program. I think it also increased the tourism and made him a few bucks. I know "Brideshead" is on VHS and may be on DVD by now. It's worth seeing, all 13 hours of it.
There are many nature and gardening programs, since the British are great lovers of the land and treasure every little plot and everything on it. The other morning, I heard about the plight of a group of hedgehogs. I missed the very beginning, but for some reason there were about 15 hedgehogs which ended up in a shelter and were unable to hibernate because it was too warm. Consequently they did nothing but eat. As a result they were too fat to be returned to their natural habitat. Why? Because they were unable to roll up into their protective little balls. They are now on a diet and will be let go when they can once again become their roly poly selves. Mrs. Tiggywinkle goes on "The Biggest Loser." I don't think this would have made in on a news show anywhere but the U.K.
I must mention another Christmas gift which has helped me enormously through this broken hip thing and that's the IPodNano which Sally gave me. She loaded it up with about 8 hours of great music which kept me from going completely nuts when I was in rehab. From James Taylor to "Rigoletto", I just zoned out and relaxed. It's an amazing little object to have, even if you don't have a broken hip. High tech can be a very good thing.
Posted by Guenveur in Kent at 11:43 AM

What kind is yours? I have been thinking of getting one....

Word verification: schitate -- I'm not touching this one

It's a Grace Digital Audio. I think they're around $150. You can connect it to your stereo for good sound. You can get thousands of stations.