Falling at the Fish Fry 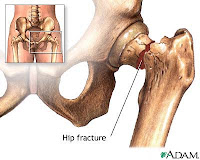 Three years ago, after increasing hip pain on my right side, I procured the services of a devastatingly handsome orthopedic surgeon with the soft brown eyes of a seal pup. He did a nifty hip replacement and everything went swimmingly. Two days after surgery I moved into The Woodlands, a nursing home re-hab center right by the hospital. The food was vile, but the rehab services were outstanding. I left there in two weeks, needing only a cane for getting around. Since friends and family had brought me food, I was well and healthy.

Oh Guenveur, I am so mad you had to go thru this. I hope you are mending quickly and feeling good now. Love, Janet

PS Remember when you danced around the May Pole in in back yard? (tether ball pole most of the time)

I hope you can resume such activity soon, albeit with dainty steps!