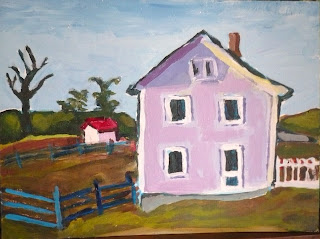 Here a some more Amish houses, from pictures taken a number of years ago, The one below is quite unusual, and looks as if it had not started out as a house. For one thing, it was not a wooden house, and the shape is very different from the usual architecture.


There was a storm coming in and  the house shone out like a beacon against the dark sky, as the sun still was shining on the front of it.


The otter house stands on the road to and was a new house, which hadn’t been there earlier. Again, it was late afternoon, so the light was that intense brightness you get in late winter at that time of day.


I’m still looking for summer photos, which I must have taken at some point, when things were green instead of brown and ocher. 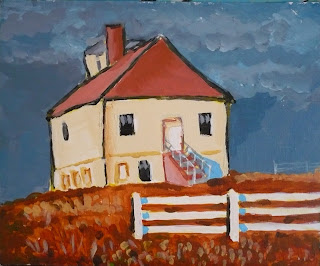 Posted by Guenveur in Kent at 4:11 PM