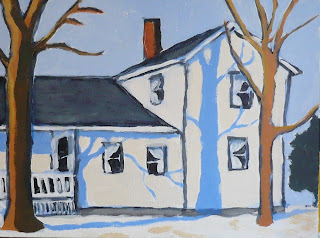 My laptop has been neglected ion favor of the IPad toy. Last week I watched all the episodes of “Doc Martin,” which our PBS channels had not been carrying. I loved it. However, on looking at the next week’s TV guide which our paper carries, I see that it is starting on 45/49, our local PBS station. I don’t need to watch it again. Set in , where I have not been, it was a treat to see. It is fairly typical of those kinds of British TV series: a small village full of stereotyped characters, some quirky, some weird and many annoying. It was the lead actor whom I most enjoyed, playing a hemophobic (the sight and smell of blood gives him panic attacks) doctor who did not suffer fools gladly. Downright refreshingly rude, he is.


When I wasn’t watching that, I did some more painting. I still haven’t heard anything from the library about getting into the gallery/wall there. We’ll see.


Went up to the beautiful apple orchard in Hiram on Saturday. They’re having a pick your own thing going on until the middle of October. We didn’t do that, but did take a hay ride into the middle of the orchard. The wagon was full of people who were doing their own apple picking, everyone smiling and enjoying the gorgeous blue sky day. We bought a quarter peck of a variety of cooking and eating apples.


I have a brief rant about freedom of speech. Whatever happened to “I don’t agree with what you’re saying, but I’ll defend to the death your right to say it”? (I’ve probably messed up the elegant original statement, but the gist is there.) A friend of mine who is a brilliant writer, whose work appears frequently online (Common Dreams), happens to be disappointed with the president’s use of drones, among other things, and stated so in one of her columns, which is published in the local paper. She was soon after called by the local chairperson of the Obama campaign and told that she would not be welcome to work on the campaign. Since my friend plans to support and vote for the president, she was pretty ticked off at the chairperson’s assumption that one cannot be critical and still work for a candidate. Beware of True Believers. Don’t express an opinion that is less than totally positive. We have come to punish those who do not toe the line. Any time anyone says anything that we do not agree with she/he must be silenced.


There is a big difference between hate speech and the expression of an opinion with which we disagree. It’s getting ridiculous and this attitude simply shuts a lot of people down…but not my friend, who will continue to call ‘em as she sees ‘em. 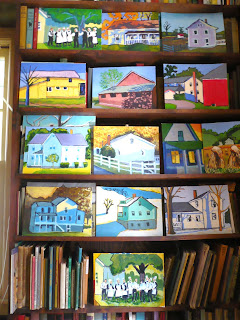 So here's my presaonl gallery.
Posted by Guenveur in Kent at 8:00 PM

I wish I could come to see your exhibit when the library finally gets back to you. I love these SO much.