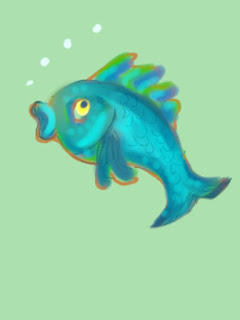 It’s the Lenten fish fry time down in , the little village founded by German Catholics about 150 years ago. It is at that fish fry where I broke my hip three years ago. I didn’t go the year after the accident even though, as I lay writhing in pain at the time, I was f promised a free dinner whenever I came back. I went once last year and managed to get out of there intact, but with no free dinner. I didn’t really want to remind them. I think they were afraid that I would sue, which, of course, I wouldn’t have. It is a most enjoyable event, even though we don’t attend any church functions there, being pagans, and all. There is a wonderful community spirit abut the thing. The parish is in a rural community. They have managed to hang onto their school, which I think brings people together. There are on ly two Catholic elementary schools left in Portage County, the other being St. Patrick in . But I digress.


YOU can get the full deal, or the half deal. There is baked or fried cod, a combo of baked cod and shrimp and a choice of two sides - mac and cheese, baked potato, green beans or French fries. Homemade desserts are included, along with beverages. Ten bucks for the full deal, 5 bucks for a half deal meal.


It’s easy to get into conversations with table mates. We had in interesting geezer next to us, a retired rubber worker. First he talked about how inefficient the major rubber company he worked fro had been. He told us how difficult and exacting the work of the tire builders was. He himself never got the hang of it, and worked at another job in the factory for over 40 years. Then he segued into his favorite retirement hobby: reading. He goes to flea markets and buys a bag of books every week. He reads a book a day. He has eclectic tastes. He’s read “Lord of the Rings,” the Harry Potter books, some early James Patterson, and mysteries. He’s been coming to the fish fries ever since they started. He said that in those days there was also gambling and he lost $100 bucks the first time he gambled there and never did it again. He said he’s not even a Catholic either. This reminded me of the time my in-laws were vesting, and I took my no card playing, no dancing on Sunday mother-in-law to the neighboring St. Michael’s Catholic Church summer carnival. The priest greeted me, holding a bottle of beer and running a wheel of chance. Ernestine practically froze in her tracks. We didn’t stay long. I Hope we’ll go back to another St. Joseph Lenten Fish Fry this year.

Oscar notes: I don’t know how they managed to find 10 movies this year to nominate for best picture. I saw only one movie all year that I’d want to see again, and that was “, which only had one nomination. Think about 2011: Hugo, The Artist, Descendents, The Ides of March, The Help, and Midnight in – all of them first rate. The much hyped movies I saw this year were just lackluster, formulaic bores. I didn’t see Argo or the Zero Dark Thirty, mainly because I don’t want to even think about the Middle East in the last 60 years or so.. Friends who have seen Argo reacted with “eh.”


The Oscar show was a total bore, overloaded with schtick. Either they need to get Billy Crystal back or just hand the damn things out in an unpadded hour broadcast.

Posted by Guenveur in Kent at 4:14 PM

I saw the film "Lincoln" three times and each time got more out of it. I thought that was more deserving of "Best Movie" than "Argo", but.....be that as it may, at least Daniel Day-Lewis won for Best Actor for his portrayal of Lincoln. Had he not won, I would have felt that the film was robbed. As it is, it should have won a lot more awards, but this was another year of blockbuster films in Hollywood, so....the Academy spread the wealth and gave Oscars to numerous good movies in varying categories. That Denzel Washington was nominated for Best Actor for the film "Flight" really surprises me. That was a HORRIBLE movie in my opinion, way overblown. I love Denzel Washington but he seems to be taking any old role that comes his way now as he grows older instead of being more selective like other actors. I miss the Denzel Washington of "Glory". He was fabulous in that movie.