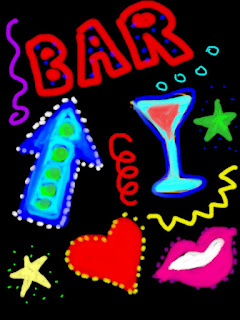 Opera! Theater! Downton Abbey heartbreak! Lots of drama this past week-end. First, I watched the Met in HD and the new production of “Rigoletto", one of my favorite operas. This was a way cool production, placing the story in 190s Las Vegas, rather than 15th century Italy, but still with  Italian (mostly) characters. The sets designer used the colors of the Las Vegas Strip, all bright neon. The evil seducer, the Duke, was patterned after Frank Sinatra, wearing a white dinner jacket, and singing his opening aria surrounded by leggy chorus girls waving huge feather fans. His henchmen were wearing those cheesy shiny multicolor tux jackets that the famed Rat Pack wore. Rigoletto, the court jester in the traditional presentation, was wearing a wild sweater with the harlequin diamond pattern of the usual jester’s outfit. He represented a comedian, based on Don Rickles. Nothing in the music or dialogue was changed from the Verdi original. In interviews during ht intermission, the director described his decision to set the story in Las Vegas, since the court of the Duke was full of swaggering, womanizing, corrupt nobles with lots of power. It worked very well, especially since the voices were just excellent. The singer who played Rigoletto said in an interview during an intermission that he actually preferred the traditional setting to this one, but he certainly didn’t let that get in the way of a boffo performance. This is one of those operas where someone dies at the end, so even with all the neon, it was still moving. The director of this “Rigoletto” had also been the director of “Spring Awakening,” a Tony award winning musical from several years ago. All of the folks who worked on this production came from Broadway, the aforementioned director, the set designer and the costume designer. It was their first opera production and I think they’ll probably be doing more of them. There’s a drive to get more young people interested in opera and this isn’t the first non-traditional production, and most that I have seen have been interesting and exciting. By coincidence, “Spring Awakening” is playing at the KSU Theater. Sally and I went to see it and it is the usual excellent production. These theater students are so good you forget that you are watching a college production. The theater and music departments work together, so you get good acting and good singing. The only problem I have these days is that everyone is miked, including the orchestra and whoever runs the soundboard doesn’t seem to know how to work it so that the music doesn’t drown out the lyrics. The drums completely blocked one lyrics in a number of songs.Since the melodies are not the type which you can leave the theater humming, the lyrics are pretty important.  The action takes place in the early 20 th or late 19th  century and the title is self explanatory: adolescents trying to understand their burgeoning sexuality. The moral of the story is that you’d better tell your kids where babies come from or disaster will strike. By the end of the play, the death tool was worse than that in “Rigoletto." I have a feeling that not too many college students could relate to it these days. Those kinds of concerns are quite dated and have been for many years. What’s the big deal? I can imagine many of them thinking. Didn’t these kids know you could buy condoms at the local drug store? You’d almost have to give a history lesson before they could make sense of issues in this play. The one character struggling with homosexuality would probably be one of the few they could comprehend, since some things haven’t changed all that much for the young in that area. I think there could be some interesting discussions about this play in the classrooms, both in college and in high school. Be entertained while you learn.
Posted by Guenveur in Kent at 4:59 PM

It all sounds very entertaining. I think you should ask Roger DiPaolo about writing an arts column for the R-C; you would be great at this!