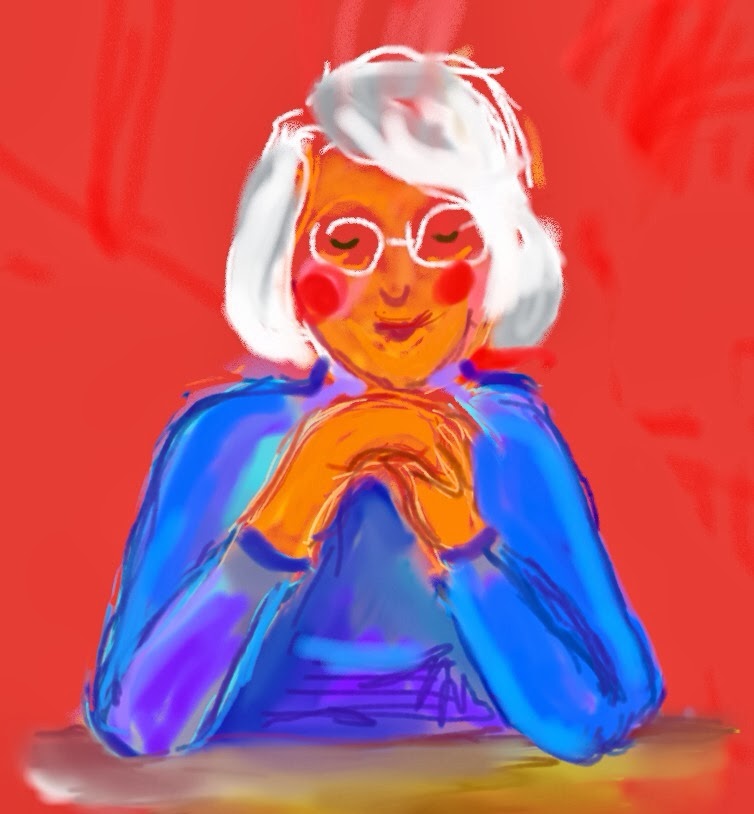 There is a tendency of the not old to think that old  people doing things they've done all their lives are hilarious or "cute." I recently saw on Facebook a video of an old woman dancing to a contemporary rock and role tune. I don't know how old she was, but rock's been around for about 60 years and is probably the music the woman enjoys the most now as she loved it when she was in her teens. She was a good dancer, moving well and enjoying the rhythm.I This video was classified as "hilarious." Imagine that, an old lady dancing to "our" music! Shouldn't she be doing a minuet or a waltz?

Another comment that people not yet on Social Security or a pension make about an old person is that the geezer is somehow doing something "cute." This can be something that would not be considered cute if the old one was a young one. I was considered very cute last fall when I was in the hospital off and on, dealing with problems connected with my pancreatic cysts. To keep from going nuts, I had my IPad in use a lot. This was considered very cute by nurses. And when I started watching "Breaking Bad"  on my IPad, my cuteness increased tremendously. When a new nurse came on, she was told about the old lady who knew how to turn on her IPad. Amazing! Unbelievable! Cure!
I inadvertently left my charger when I left the hospital and when I went back to pick it up, the nurse at the desk exclaimed, "We knew this was yours! " as she handed it over to me with a condescending smile. "You're just amazing."
"Well, " I said, "usually if you have a brain when you're young, you still have a brain when you're old and can figure things out." (I didn't want to suggest that she didn't currently have a brain herself. )

I have many friends who are old, who are hip, who enjoy contemporary music, films, computers, fast cars, sex, and rock'n'roll and are not at all "cute." One of these days one of us is going to deck the next person who thinks we're cute or  or somehow hilarious if we can walk across a room without falling down.

Posted by Guenveur in Kent at 9:11 PM

These two great artists are not "cute", just "class".

My mom had just turned 83 when she told me what she wanted for Christmas was a tattoo. I knew she had debated for years about where and what she wanted, but dad discouraged her from getting one and it was not until after his death that she finally decided to do it. We researched tattoo shops and finally landed on Bad Boys Tattoos in Alliance. As was my mother's way absolutely no one but my spouse and I knew of her intentions, so the workers in assisted living got quite a surprise when she returned that day. She had a large colorful butterfly on her arm. She knew she would have to withstand a lot of comments, and I'm certain being "cute" was among them. Thanks for making me think back to this, GB!