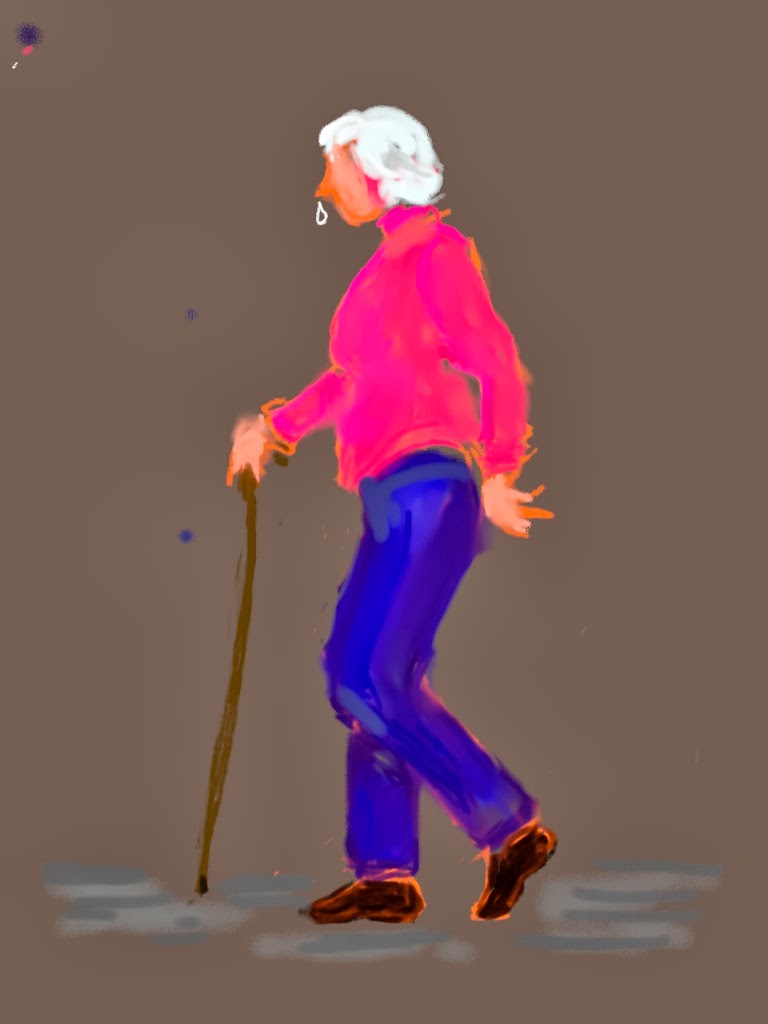 As Lillian Carter said, "Old age is not for sissies."  Amen to that. Your body betrays you at very turn. You're lucky if your mind does not. I remember my father saying, "If I'd have known I was going to live this long, I'd have taken better care of myself." I think Groucho said it first, but it's how one feels upon reaching beyond three score and ten.
My sister claims that 85 is when you actually realize that, "Good God, I'm OLD!" She's right. That's when things start to fall apart, when things you could do without even thinking about no longer work quite so well. Before, you could run up and down stairs without thinking of holding on to a rail; when you could hop in and out of  the car; when you could rise from a chair without using the arms to hoist your self upright; when you could carry two full grocery bags or more into the house without losing your breath; when you could read the whole newspaper and finish the NYTimes Saturday crossword puzzle in less than an an hour; when you could walk through ice and snow without fear of falling, because if you did fall, you could get up unaided without having injured anything.  The list goes on.
Sometimes it's just hard to do things, like opening plastic lids on yogurt, pull tabs on cans, turning door knobs even. These problems seem to sneak up on you suddenly.
Then there's your appearance. I used to have small ears, but now the've grown longer. I look as if I'm wearing a wrinkled body suit all over, the result of age and also of heedless sun bathing  and smoking. Once in a while a clear crystalline drip appears on the end of my nose. I shuffle. ( My friend Mixie said that she misses the way she used to just glide along instead of hobbling.) Flatulence occasionally and involuntarily  occurs, fortunately not publicly. Yet. If I have to answer the phone early in the day, my froggy voice makes me sound like a crone living in a cave. I have whiskers on my chin, like that cave crone.
All these things are just a part of living long. It could be worse. I'm not complaining, just describing. In my head I'm about 35 or so, and it just surprises me when reality hits as I'm trying to get up out of a chair in one smooth movement.

Posted by Guenveur in Kent at 7:30 PM

Hi, I'm italian and I sing in the choir with Emily in Munich. I didn't know Emily had such a wonderful mum! The way you look at yourself and live your age with intelligent humor is fantastic. If I ever get 86 I would like to have your gentle wisdom. A big hug from Germany