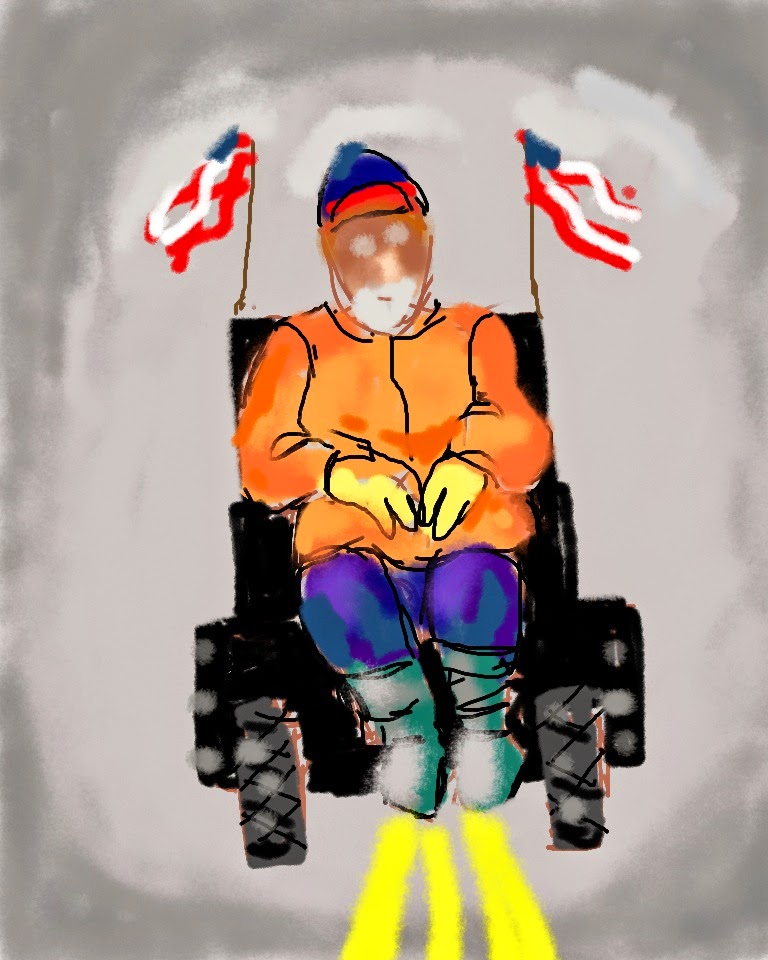 One of my friends when I was in college was a faculty wife not much older than I. She was from France. Her English was excellent, especially the swear words she'd picked up from American soldiers. She was a convent school alum, the niece of the mother superior, and rebellious. She was very plain spoken in English, and had the usual French disdain for American culture. One day she was heard to say, "Kent is such a dull town. You dun't even 'ave an 'onchback." Now Francine was not from the Paris environs of Notre Dame, but from Menton in the South of France, so one could assume that this sort of individual was a normal part of the community landscape.
That was over 60 years ago, but since I've lived here, we have had our share of town characters, people who provide the color in this small university town. Last year we lost F.U. Bob, the cursing artist, about whom I wrote. Once he stopped cursing, he pretty much joined the mainstream, although he had his quirks. He became Robert without the F. U. prefix. He was extremely intelligent, with an encyclopedic knowledge of contemporary classical music. His death was mourned by the entire community.
There was Radio Bob, who carried a transistor radio up to his ear. If you made eye contact, he would respond with a loud, maniacal laugh, rather off- putting on a quiet street. I believe he was eventually hit by a car and the laughter disappeared.
This past week, we lost George, a native son, the Man in  the Wheelchair. He was an amazing person. He looked as if he had spina bifida, with small, undeveloped legs, but the story is that he had cerebral palsy.  Whatever the disability, he worked constantly, mowing lawns, shoveling snow, delivering newspapers and working in bars for drinks and change, and around town gathering debris from the doorways of businesses, all in his wheelchair. A friend of mine told me that you knew when you'd had enough to drink when you'd see George fall out of his chair and scrabble around on the floor cleaning up rubbish.
His speech was not clear, but he was always involved with others, had a good sense of humor and was cared about by the entire community. He would always say "hi" whether he knew you or not. He could be seen careening about in his chair, which needed replacing occasionally, hit by cars once in a while, but always on the go.
He was from a large family without much money,but with much love for him.
There's no replacing people like George, and the town is poorer for his loss.

Posted by Guenveur in Kent at 6:20 PM

Very nice post about George. I grew up in Kent and was in the same class from K through High School with his older brother, Nick. I really like your blog