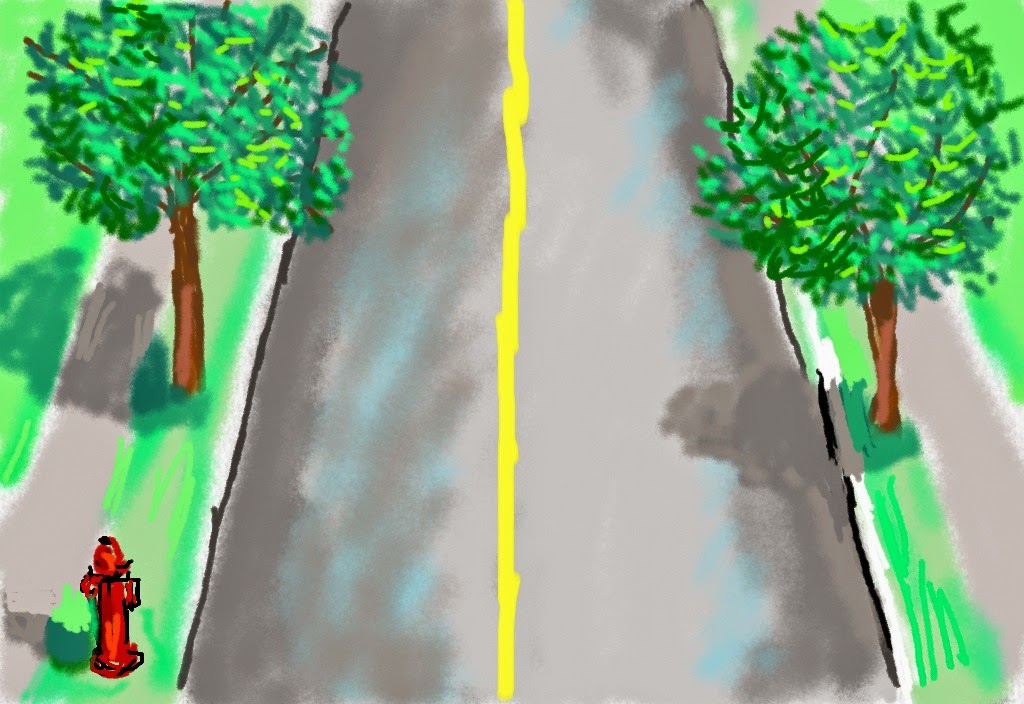 When I moved to this street 52 years ago, the neighborhood was full of children. The street is only a block and a quarter long, with a dead end. We were all creating the Baby Boomer generation. On this short street, there were over sixty children, ranging in age from 9 months ( my youngest) to 18 years old.
The houses were built in 1951, with two stories and full basements. The yards were small, but with a couple of exceptions( houses where mean old ladies who always threatened to call the police if a child set foot in her yard) the children  pretty much had the run of the neighborhood. At the end of the street was-and still is- Dix's woods, the owners of which let the kids roam there freely, with a hill for sledding. The kids played well together, no fighting, except for a couple of boys who tried to bully the smaller kids. It was the era of stay at home mothers, so any problems were quickly settled.
The area was close enough to downtown, the library, the movie theater and school, so everyone walked once they were old enough to go places on their own.
In the summer, there was constant activity. Out after breakfast, in for lunch, out again until dinner, out again until bed time. Almost every summer evening the whole gang would be in the street playing "mush ball," so-called because it was played with a semi-collapsed toy ball about the size of a soccer ball, using a large plastic bat. Even though most of the boys were also in Little League, usually played early in the evening, mush ball was more fun and not confined to boys only. Very seldom did a car interfere with the game, since the street was a dead end one. When it was time to come in, each family had its own way of signaling the end of the day for their kids: a specific whistle, a bugle, and in my case, a cow bell.
All that is gone now. There is one child on the street, a six year old boy who plays mostly by himself. There are three empty houses for sale. The small houses here which held all the large families we had in those days, even though they have four bedrooms and two bathrooms, are no longer popular. The
kind of people who used to buy these places now want bigger places, not so close to the town. The
fact that the kinds of houses they want also entail driving their 1.2 children everywhere doesn't seem to bother them.
I miss the children, mine and all the others. I loved watching them walk by on their way to school, I
miss their voices on summer evenings. I miss the thudding of their feet as they ran across the yards.
It is just too quiet. The street is too empty.
I am glad that my kids had this place and all those other kids to be with throughout their childhood. I think most boomers had the last really free childhood-at least those in middle class families of the time. I don't envy the over-scheduled, over- tested children of this generation, growing up in suburbs with no sidewalks and hovering parents.
Posted by Guenveur in Kent at 11:46 AM

I will be forever grateful that I grew up in that time and place. Nothing short of magical. Thank you!