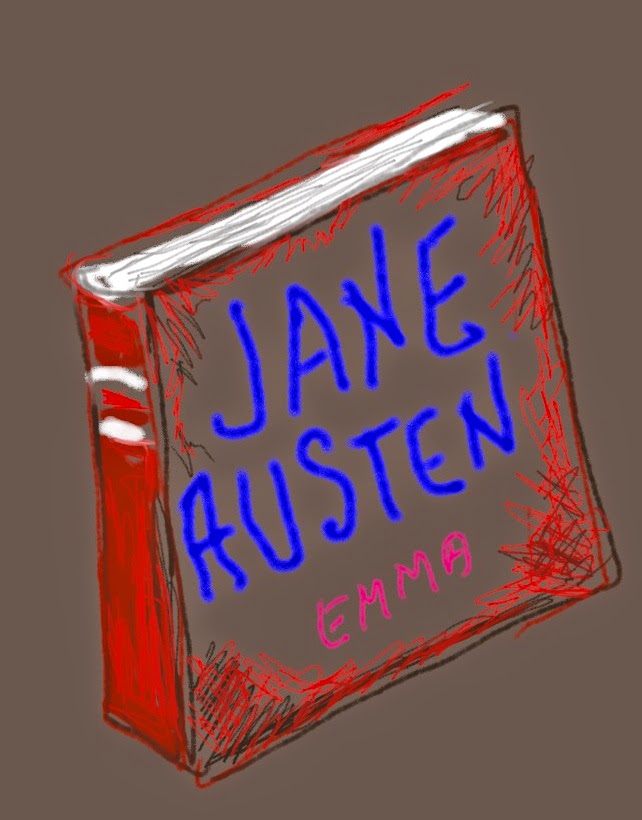 I have noticed for the past several years that on book covers  the authors' names now dwarf the book titles. These huge, embellished names also appear over the title. This is probably because people often select a book based on who wrote it. That's not unusual, since most of us have our favorite writers. However, I started thinking of all the great authors of the past who were content to have their names under the title, and in much in smaller, more modest print.
This current need for top billing strikes me as a kind of  egotistical posturing, especially as some of the large font scribblers write the same book over and over again, knowing that their loyal followers will grab anything with their names on the cover, writ large, shouting " HERE'S MY LATEST !!!" Who cares what the title is?
I cannot picture Jane Austen, for instance, doing this, even though her books probably sell better today than they did when they were first published. And, yes, there is a similarity in her plots, but her wit and style are unsurpassed.
Anyway, I find today's bloated authors' names just a bit unseemly. I can see Hemingway loving it; it fits his image. But there are scores of hacks out there trying to lure the reader in by appearing to be stars of their own literary garbage. It ain't fittin'. Just sayin.'

Posted by Guenveur in Kent at 7:05 PM