A few years ago, a strange stalk appeared in my small side  garden. This garden has some beautiful, short lived, purple swamp iris, and some overgrown Stella d' Oro day lilies, which I should really thinned out. Over the years there have been zinnias, black- eyed Susan's and forget-me-nots. 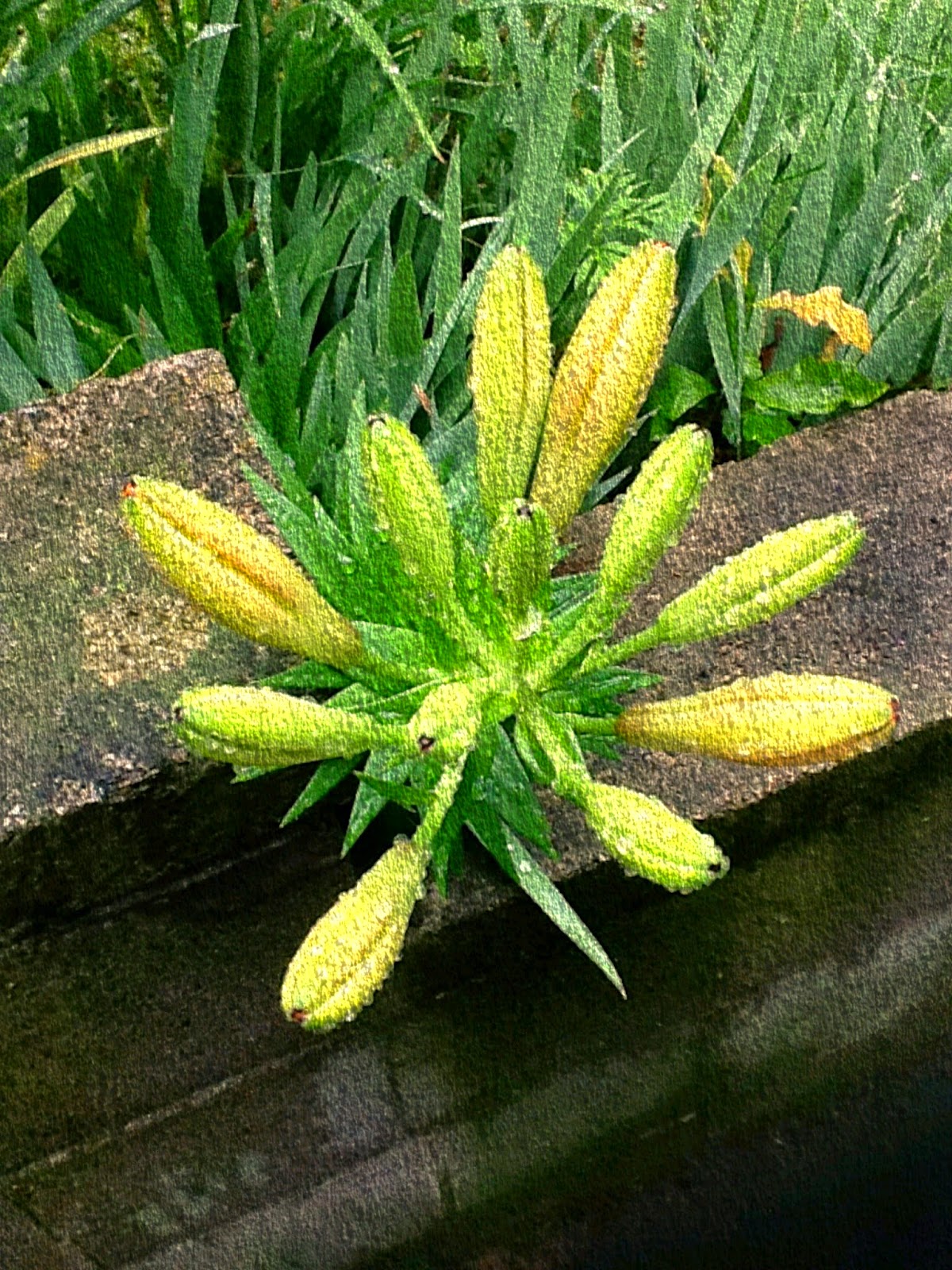 This new intruder grew taller and taller and finally produced one orange-peach star shaped lily. It was beautiful, but was chomped up by a deer after a few dazzling days. The next year, there were three stalks and the original stalk produced a cluster if lily blooms, as did the new stalk.
Every year another stalk emerges and now for a few weeks I have these lovely blooms to brighten this little garden, while the poor Stella d'Oro blossoms in spite of being packed together.
I finally figured out how this mystery plant appeared. Since it's a bulb, it couldn't have sprung from bird droppings, at least not without  a lot of squawking  from the dropee bird. Now I think a deer dropped it while fertilizing my garden. Since that one bloom was chomped, none other has been eaten . I think the original gifter came back that first year to feast on its gift, just to let me know where it came from. Could be. Why not?
Thank you, Bambi.
the picture at the top was taken 2 weeks ago,, and turned into what's in the bottom picture a week later. 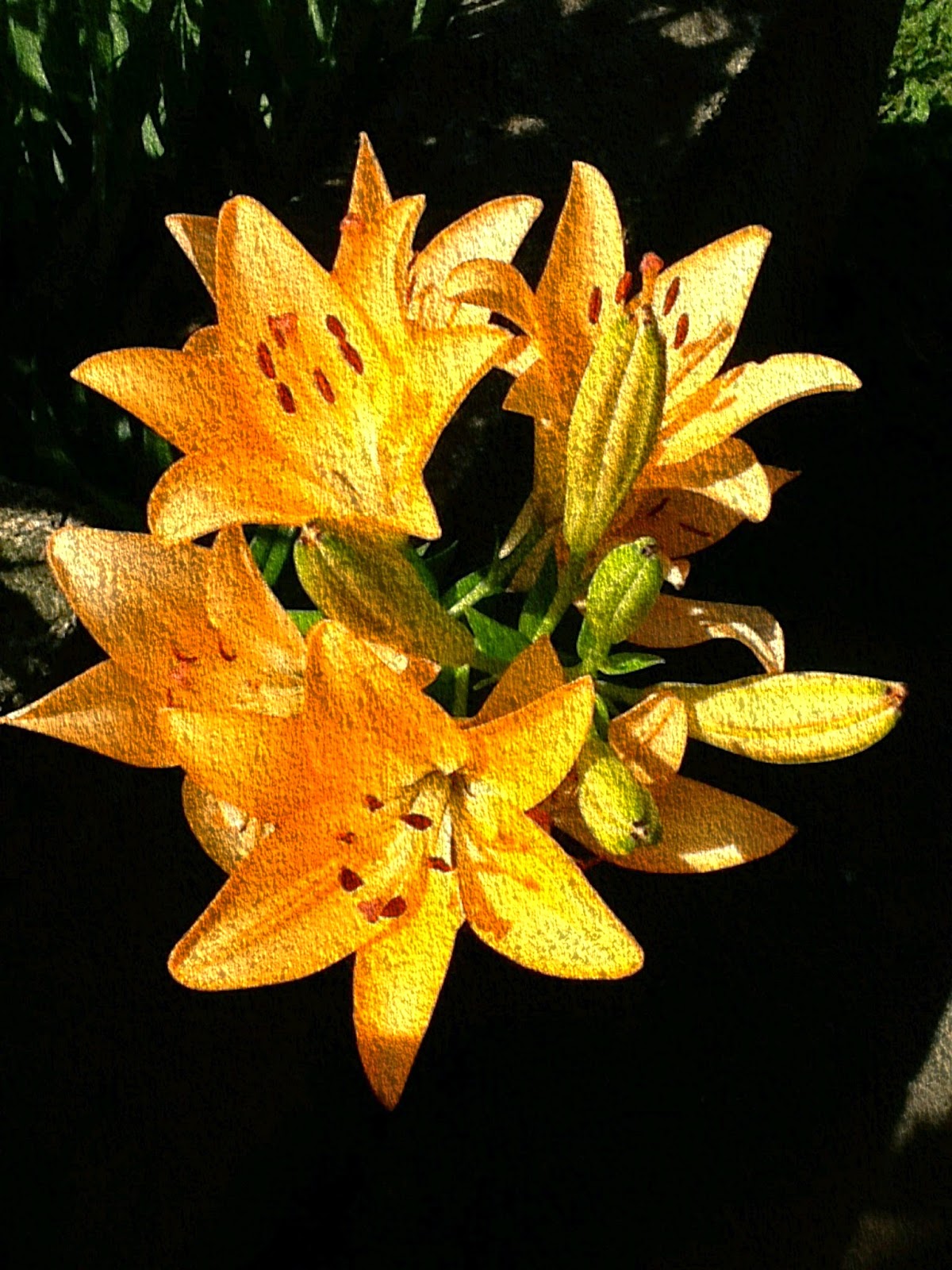 Posted by Guenveur in Kent at 5:19 PM