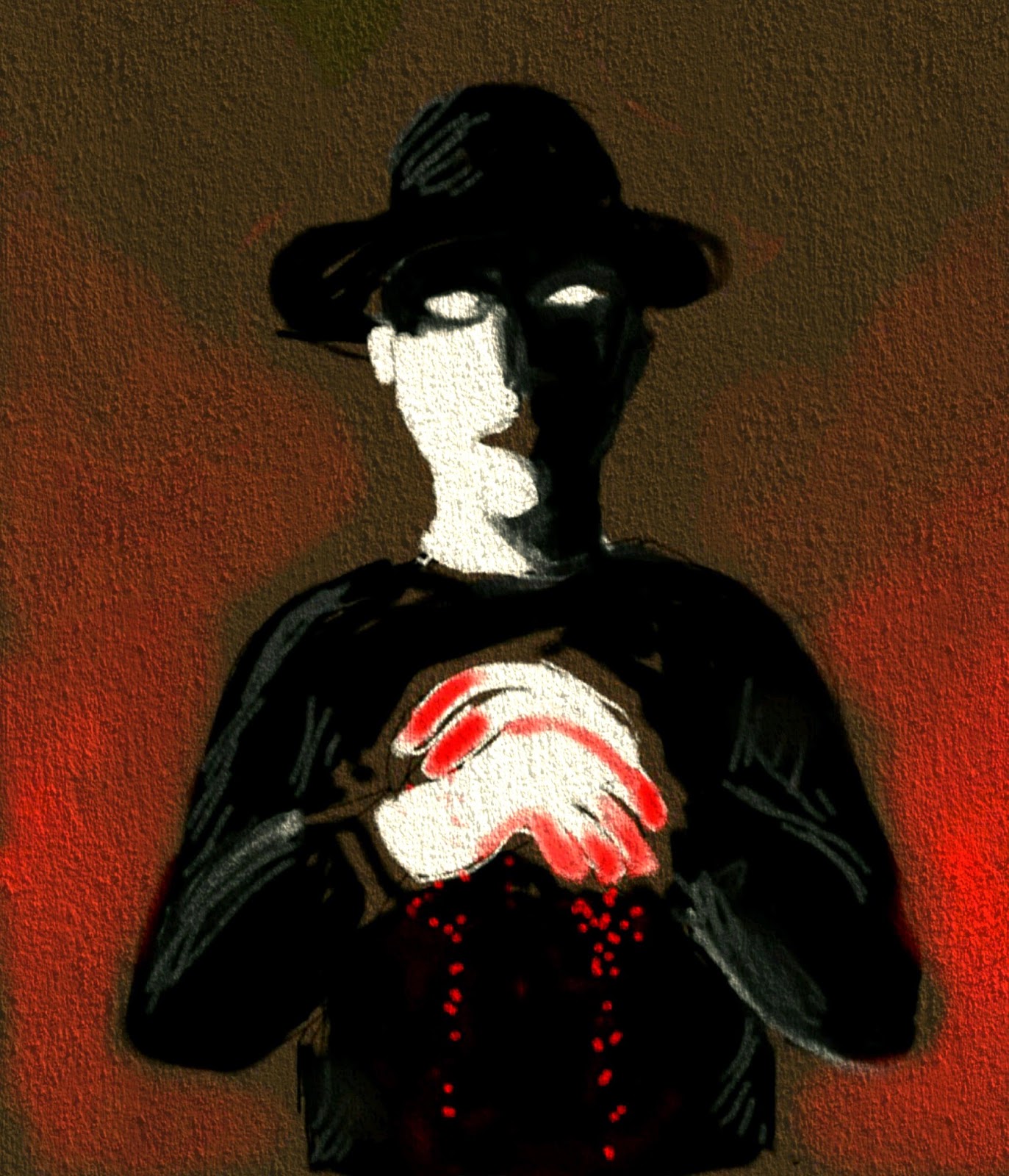 I have lately, like many people, been watching much lauded television series on Netflix. Beginning last year with "Breaking Bad," continuing with " Mad Men," and now "Dexter," I find myself wondering why there is so much interest and fascination with really terrible, sociopathic and evil characters. It's not just their badness, but the fact that I find myself rooting for them not to get caught-with the exception of "Mad Men's" Don Draper, so far as I know, hasn't killed anyone, but the environment he operates in is so cynical and sexist that his pathological behavior is shared by everyone in it, and it's easy to dislike them all.
How have I gotten caught up in this upside down version of the old tales I grew up on, where good triumphs over evil? Those old bad guys were one dimensional. These new ones are not. We learn how they were damaged early in some way that seems to not only explain their  dreadful behavior, but asks us to understand their need for it. We may not like what they do, but, after all.... We know the series will end with the doom they deserve, but not until we have been sucked into their lives for months and years when watching the series in  real time. Binge watching 90 some episodes on Netflix cuts that time to several weeks, but not the impact on us. What  is this doing to our minds and souls over that time as we watch and cheer for bad people doing bad things over and over?
At my age, I am pretty sure of the difference between right and wrong, pretty much immune to making stupid choices, uninfluenced by popular culture fads and craziness, have a good shit detector when it comes to people I don't want to know, and all that other dangerous stuff out there. However, how do young, unformed people take these bad, but sympathetic, characters? There's a lot of high risk behavior going on these days and a lot of really bizarre influences floating around. I know people have been saying this for centuries, but we have some very powerful and graphic elements that were not available in the past, and we make a lot of casual assumptions about those elements and the ability of young people to make sense of all of it.
I'm not saying that "Dexter" will create serial killers, or that Walter White will turn your kindly high school chemistry teacher into a meth cook, but it's a strange trend  and must at least have an effect on how we think about the evil that people do and the people who do evil

This is excellent. Haven't seen Dexter yet but Joe and I found ourselves rooting for Walter White a few times....

Your youngest granddaughter just walked out of the room in a huff last week when we got into a disagreement about Skyler White - I was trying to defend her and her values of protecting her family, but Ellie was furiously defending Walter. A few days later - and god only knows how many more episodes she digested in that short time - she sheepishly admitted that she could see my point.