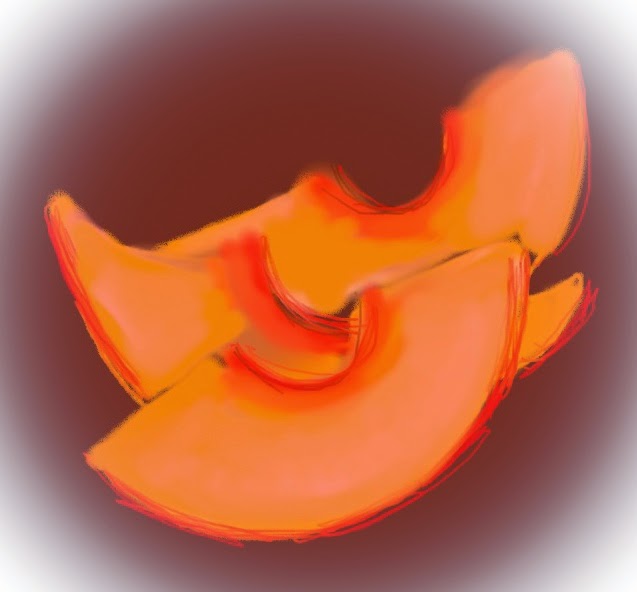 Son John happened to stop at Stahl's farm market on his way home from a weekend with friends in Pennsylvania. I used to go there frequently when I was. car driver, for things like their asparagus in the spring and Red Haven peaches in August and September. I can't seem to convince anyone to take me there. It's only about 7 miles away, but Kent people don't go there. Anyway, John brought home the peaches of my dreams and I'm glad to know they still exist. You have to eat them standing over the kitchen sink to avoid creating a peach juice puddle on the floor. I sliced a few to dress up some plain vanilla ice cream.
I don't remember how many there were, but they're gone. Now I shall have to nag Sally to drive out there for more. We are also behind in our trips to the ice cream place in New Baltimore, which will be closing soon for the season. Everyone is talking about how fast the summer flew by, unlike the past winter which dragged on and on in the polar vortex. This summer the weather was perfect, the kind that people think of during a polar vortex, and rare in usually humid Ohio. I shall think fondly of it in February, and be glad of it.
Posted by Guenveur in Kent at 4:16 PM

Katina just made a peach cobbler!