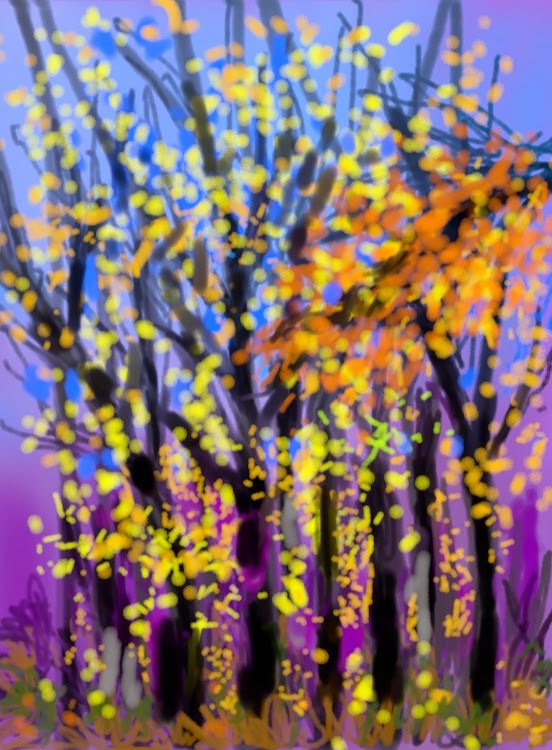 We had our first snowfall today here in Northeastern Ohio. It didn't stick, just a dusting. I was at a meeting late this morning, on the second floor of the library, so I couldn't see the ground, and the snow was coming down in thick flakes, looking as if it was the middle of January. I expected to see a white world when I left, but instead the streets were just wet and bare, and the grass was hardly covered.
November is not too early for snow here. I can remember heavy snow in October in years past. When my children were small, it seems as though I was booting, mittening, hatting and scarfing them all from October until May, the sort of task that usually ended up with at least one of them having to go to bathroom and my having to unpeel everything and then put the kid back together. Winter always lasts longer than the other seasons, and preparing children for outdoors makes it even longer. Makes me tired just thinking about it. (But I wasn't in my eighties then.)
In spite of the snow, while my maple and oak trees are bare now, the trees in Dix's Woods across the street still gleam with gold. Some are bare, but others seem to be reluctant to she'd. It's nice to see them, even on a gray day, and especially on a sunny one. This has been a glorious autumn, warm, sunny and brilliantly colorful. I've been treated to lovely rides through the countyside by Sally and John. I still miss driving alone, listening to Mahler and Mozart and James Taylor while trying to get list, but I can't complain. I can still enjoy gawking at the scenery, especially this year.
Posted by Guenveur in Kent at 8:33 PM

Love the accompanying artwork. No sign of snow here yet and they are starting to put up the Christkindlmarkts everywhere.