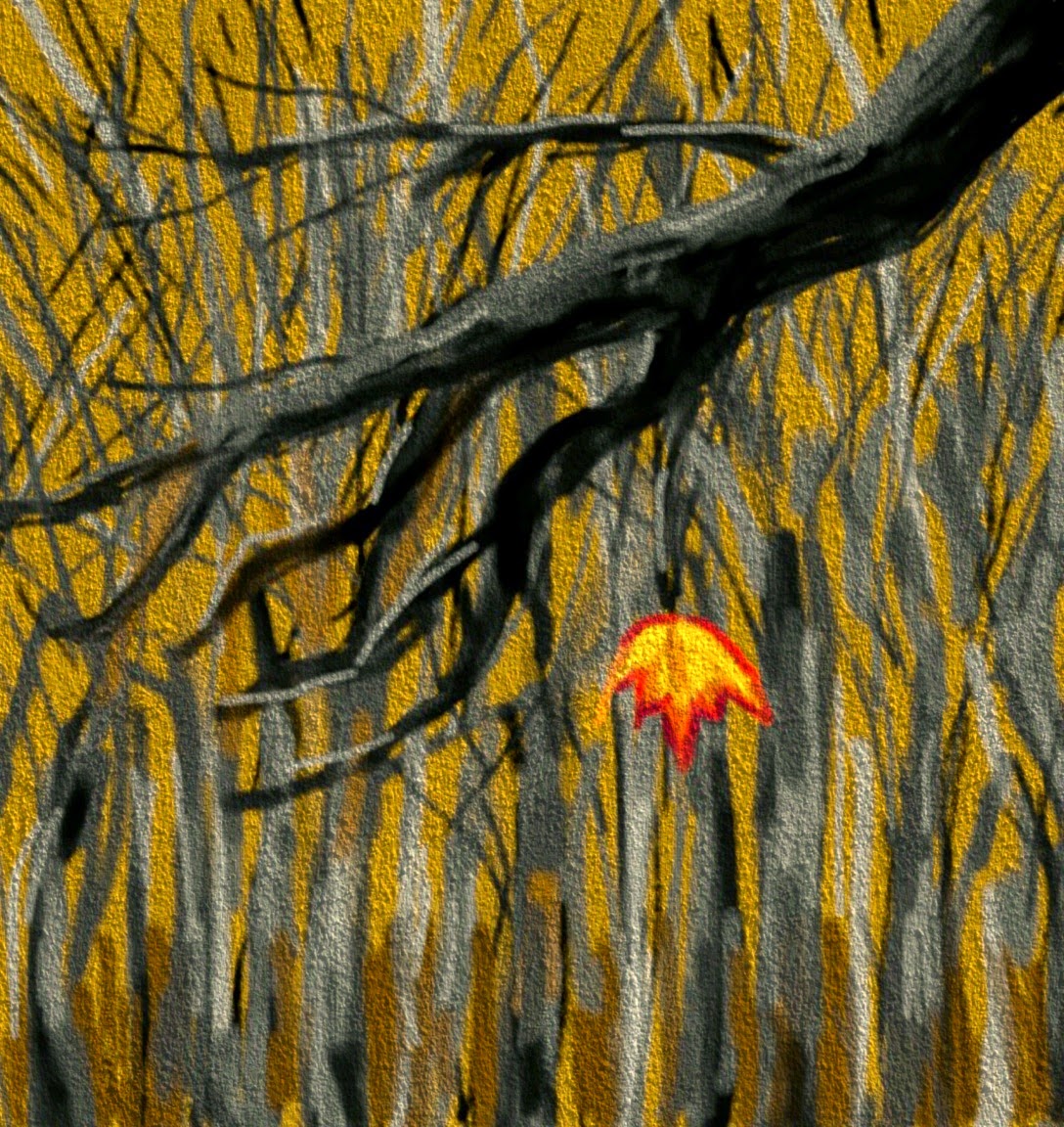 The chief raker at this house is son John. His custom is not to rake until the last leaf has fallen. We have three large trees in front of the house: one pin oak, which sheds leaves and numerous acorns, two large maple trees, which provide the golden aura during late October. There  is also Dix's Woods cater-cornered across the street from the yard. That's a lotta trees. The yard gets completely covered, several inches deep, tracked into the house along with the odd acorn, the one that the black squirrels somehow missed. The rain gutters are stuffed with the colorful detritus, and sometimes if they are not cleaned out in a timely manner, small trees appear along the eaves.
This year, Sally decided to get some exercise, grabbed a leaf rake the other afternoon and started raking up the leaves while there were STILL LEAVES ON THE TREES! One of the visitors from abroad, not having any leaves back in Deutschland to rake (that's taken care of by management of the apartment)', found another rake and amused himself by clearing away another patch of ground.
By the time, Sally was running out of steam,  and the chief raker returned from work. What could he do? Leave the yard half- raked? Shake the trees until all the leaves were gone? In spite of his system being undermined, he pitched in and piles of leaves were soon placed along the curb, ready for the city's service department to suck them up with their giant vacuum cleaner.
There will, unfortunately, be more leaves to rake and a person does not wish to appear ungrateful for the raking done (too soon),  but the years long chain of waiting for the last leaf to fall has been broken.
Rats!
(I speak  for the chief raker, even though personally I like having the yard cleared early.)

Posted by Guenveur in Kent at 8:54 PM