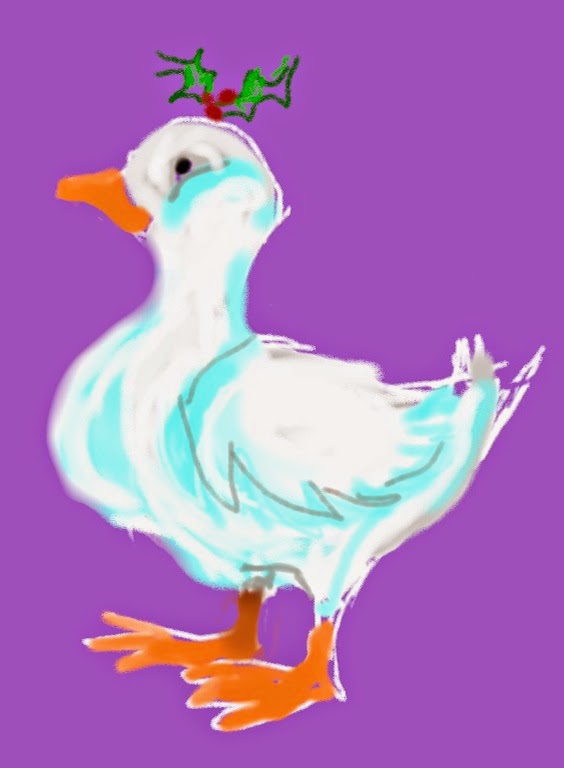 It was a quiet Christmas here. John fixed breakfast- eggs, home fries and sausage. We opened presents. We called the German side of the family.
Dinner was roast duck, prepared  by John, with fixin's by Polly-mashed yams, Brussels sprouts with bacon and maple syrup. Polly also whipped up some tasty chutney to go with everything, and for dessert, mince pie. It was not our old traditional Christmas fare, but it was full of flavor and color and exceeding delicious.
We almost didn't have a tree. John and Polly went to a tree place, which was closed - this was on Christmas Eve. However, there were two trees for the taking, so they took one. It's more a shrub than a tree, but Polly got it going. We have enough ornaments for a seven footer, and this shrub is a little  over three feet tall.  Then she found a box of old trimmings, shiny things I'd forgotten I'd had, the sort of things you could get at K-Mart years ago, like garlands, baubles and bright shiny things. They found the little ceramic Christmas tree given to us by Miss Simms, in whose pool we used to swim. It's actually a bit of overkill, but enjoyable.I have no idea why I accumulated some of this stuff, since some of it looks brand new.
The Christmas shrub is on a table. The top is adorned with two of the tin stars a friend brought back from Mexico years ago. They added a large golden "thing" to the top, which glitters gaily.
The beauty part is, of course, that the "tree" was free, a gift from whoever owns the tree place.
On Saturday, it was back to Cleveland for the Boar 's Head Festival and dinner at Minh Ahn, both of which were splendid. 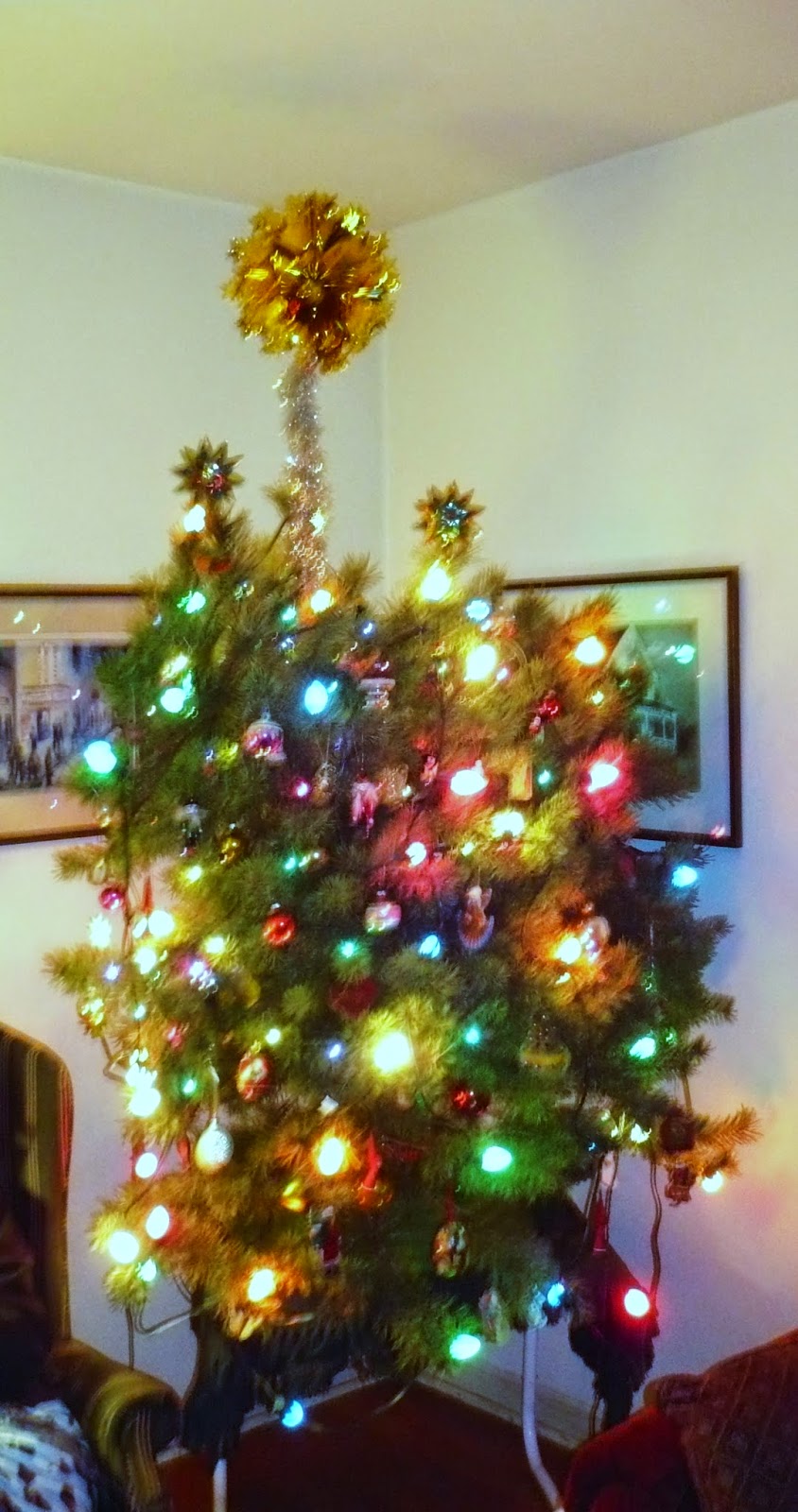