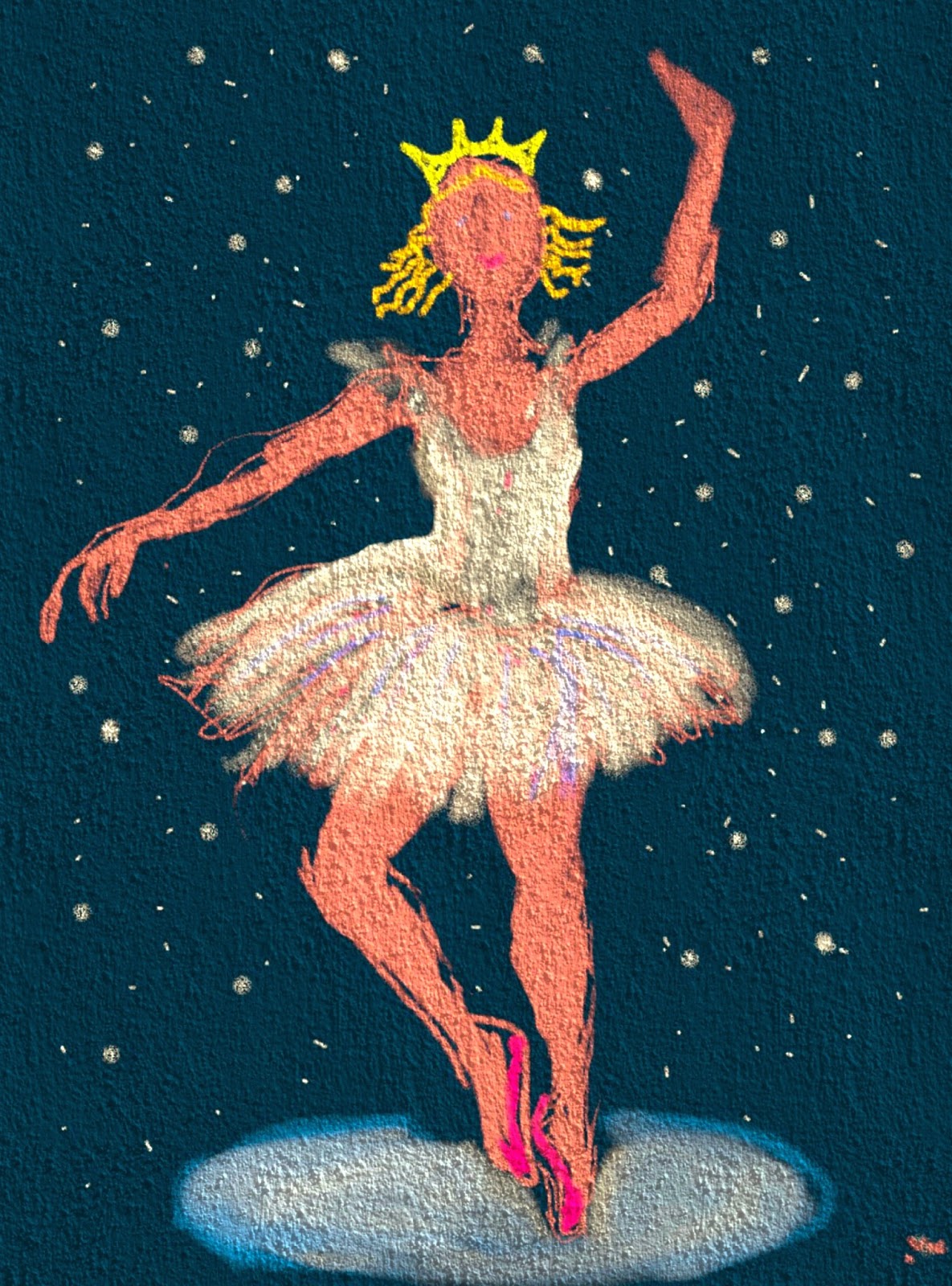 We had a very fine Thanksgiving Day. Unfortunately, Polly wasn't able to come home because she is with dog. We missed her, and I was forced to get back into the kitchen for the first Thanksgiving in several years. John did the pies and the turkey and I did the fixin's.  Everything turned out well. We had planned to watch a movie after dinner, but we ere a bit dazed by the food and the labor involved.
The next evening John provided a wonderful treat at Cleveland' Playhouse Square to watch "The Nutcracker," with the Joffrey Ballet, accompanied by the Cleveland Orchestra. It was in one of those great old restored theaters, the State,  from the twenties, an elegant venue from the days when movies and vaudeville were an Event. I've written about these theaters before, which comprise one of the largest theater districts outside of New York. Saved from destruction by some terrific people, the area is a center of entertainment attended by people from all over the area. Besides that, this performance was absolutely magical, beautiful, and a total delight. We've seen the Joffrey a couple of times with the orchestra at Blossom Music Center, their summer home. Superb all around. Nothing like having one of the world 's greatest orchestras  for your pit band.
One night we did watch the weird  and hilarious "Lemony Snucket," a tour de force for Jim Carrey. I can only take him in small doses, but he is very good in this movie, playing a truly vile villain in several guises. The movie looks like a Tim Burton flick, but is by some other genius with a great grasp of color, texture, humor and grisly fun. Meryl Streep was her usual expert self in a very different kind of role for her, and very funny.
Sunday a friend and I went to see "A Theory of Everything." My eyes glaze over at abstruse scientific theories and I have absolutely no grasp of cosmology and how it works ( other than the funny stuff they do on my favorite sitcom, "The Big Bang Theory)' but this is a film about a man. My friend said after the film, that she, for the first time, saw Stephen Hawking as a human being. I agree. I think because we see the twisted body in a wheel chair, we don't think of him as a sentient human. In the film we see the person within, the person who was a witty, brilliant young man, the person who is still there. It's very well done.
Tonight we went to see and hear Apollo's Fire, an incredible Baroque orchestra, do their Celtic Christmas concert. The music is medieval, and includes singing, choral pieces, dancing and a bit of tomfoolery. It was at the Kent State auditorium, which was packed. For a small college town, Kent is a great place to live, with access to all sorts of great events.
Tomorrow morning we're going up to Cleveland to hear the Baldwin-Wallace University ( where  my husband used to teach) Men's  Chorus do their Christmas concert at the studio of WCLV in Playhouse Square. This will be the second year they are doing this and this is an excellent group. Who knows, we may have lunch at Otto Moser's, an over one hundred year old restaurant that used to cater to the vaudeville players of old. It's been moved from its original location, but the moth-eaten moose head and the old fly-specked show bill posters are still there.
Posted by Guenveur in Kent at 10:33 PM