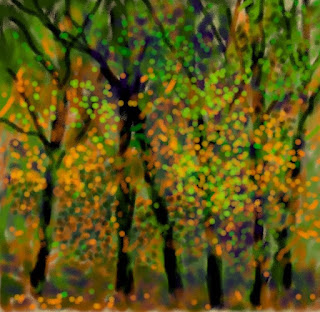 We recently took a Fall jaunt down to one of my favorite Ohio towns, Lisbon. Originally settled in the early 19th century,  there are still old red brick townhouses along some of the streets. There is a magnificent Victorian stone courthouse and a fed brick business district., which has, like most of these formerly busy town centers, been pre-emptied by outlying strip malls. The town library is large and impressive, and the local historical society is housed in a 200 year old stone house.
There used to be two diners, one on either end of the central area. Both were famous for their pies, but only one still remains. It is the ultimate shiny steel diner from the 40s, serving diner eats and great pies, one of which is oatmeal pie, better than you would think.
What makes Lusbon more interesting to me are a couple of local eccentrics, the almost cliche characters of small towns. One was Clement Vallandigham, the leader of the Ohio Copperhead  group, those who sympathized with the Confedeacy during the Civil War. He had plans to overthrow the government, but obviously failed in that endeavor.  President Lincoln pretty much ignored him as any kind of threat. He had been a U.S. Congressman before the war. His large red brick home on the upscale west end of town has a sign, so maybe the town still likes its infamous but obscure claim to fame.
Another notorious resident was a Jacob Beihart, founder of the Spirit Fuit Sociery, one of those late 19th century intentional communities. It was based on the idea that the human soul was but a bud, not yet grown into the full fruit of spirituality,  or something like that. Beilhart  was a seeker, influenced by men like Kellog, founder of the Battle Creek Sanatorium, where proper nutrition was the path to physical and mental health, and  system.C.W. Post, inventor of Postum, a healthy alternative to coffee. Post also, Mr. Bielhart later discovered, had fathered Beihart's two children. The Fruit Society seems to have been a kind of humanistic belief system, and to the townfolk that smacked of things like "free love,"among other things. The members did believe in human responsibility for behavior,  .and there were several scandals involving young women who came from other places to join the group. Eventually the group moved to Illinois and faded out in a few years. I don't know where in Lisbon the commune settlement was located, but the farmland around the area is idyllic enough for any Eden in which to develop a fruitful soul.
We  ended our Lisbon adventure with hamburgers and oatmeal pie at the diner.

Posted by Guenveur in Kent at 2:27 PM

Just found your blog Dear Guenveur! Absolutely lovely. You still make me laugh and show me bits of Ohio I wish I could see for myself. Next time I come to Kent I'll knock on your door. My son was there recently for the Numbers Band 45th anniversary show. I'm retired but can't quite get used to it. You're lookin' good!
I often think that crisis line training was the best education I ever had. No lie.
Be safe. Your "old" friend, Sally Feinberg