June Is Bustin' Out All Over 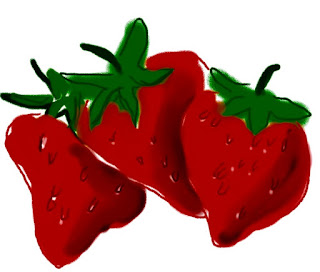 Well, actually it's just about all over. It has been a busy month in the world, not so much here on Edgewood Drive. It's not that it's been excessively hot, except for yesterday and today. It's more that there's so much going on in the world,  the election, the NBA  win by the Cav's, the Brexit. One's mind becomes dazed by it all.
Last week this area celebrated Cleveland's first big sports win in 52  years, led by a local kid from Akron. I watched the snail-like parade, but the big payoff was watching the local hero making  his speech on live TV, peppering his oration with a couple of f-bombs and other words made famous by George Carlin's monologue on the seven words you can't say on TV. But  Lebron used about half of them and nobody  really gave a s-**t. A rather crestfallen group of Channel 5 reporters, trying not to laugh, did later offer an apology for the "offensive language.
There were a little more than one million people at that parade in Cleveland, which it's now preparing itself for the gloom and doom of the Republican National Convention. The city had pledged to raise 5 million bucks for the RNC, but for some strange reason, the presumptive donors are sitting on their Swiss bank accounts, revealing a reluctance to support one of their fellow billionaires who is running for the major office, alas. The city has spent already a ton of money sprucing up the place, building hotels, widening roads, etc. Even  Akron is getting into the act, with several new hotels available, since it's only about 30 minutes from downtown Cleveland. Our friend David from the Cleveland NPR station works about 3 blocks from the convention venue, but I don't think he'll be covering it, since his beat is the arts. Maybe though; isn't there a book called "The Art of the Deal" by one of the candidates?
Brexit has stirred up the proverbial hornets' nest. My granddaughter, Katina, is a student at a British university, and although she was born in Germany and has lived there all her life, she is not, and cannot be a German citizen. She has to pay the full out- of-country fees. She recently acquired a Cypriot passport, which gives her status as an EU citizen ( her grandfather was from Cyprus)' but now that won't count. In the large scheme of things, that's not that serious. I gather from my British friends that it  is the high number of immigrants who have come  to England, causing a burden on the National Health, jobs, housing and schools. Sounds a lot like Trumptalk to me. England is not in Europe anyway, they say, so my third grade geography teacher was so wrong. As a matter of fac when I was in the third grade, the world globe in the classroom had about a gazillion pink countries all over it, all part of the great British Empire. Alas, those days of glory are long gone, even though
some of the damage lingers on.
So June has zipped by while I ponder these large issues. I think I'll go have some fruit.

Posted by Guenveur in Kent at 7:17 PM