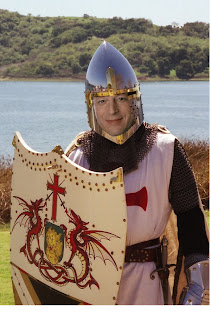 Yeah, yeah, I know that Obama has the nomination and it is history-making and IF he is elected he will make a good president. It was great to hear him speaking last night, to hear an articulate, intelligent person for a change after all these years of terminal stupidity in the White House. There's going to be a tough battle ahead for him.

My favorite complaint against him, coming from the right, is the charge of elitism. The god of the right wing is the late William F. Buckley, whose program on PBS (PBS!!) was introduced by one the Brandeburg Concertos. I'll never forget his column about what a burden the luxury tax was on yacht owners. He wrote articles in the New Yorker about tooling around the city in his chauffeured limo and yachting across the Atlantic. He played the harpsichord for God's sake!
And his followers want to label Obama an elitist because he addresses the mind instead of the gut. Or because he mentioned arugula?
There will be a lot of code words thrown around as a cover for outright racism and I don't know how to fight that. If there are still people in this country who have not caught up forty some years after the struggles of the Civil Rights movement, what needs to be done? Or what CAN be done?
A lot of people are feeling very hopeful, happy and excited to be behind this fine candidate. I haven't seen anything like this since the days of Clean for Gene McCarthy and he didn't get nearly this far. Now we'll have to see how many people can get behind the candidate and get the vote out. Since Karl Rove, that fat spider, is running the Republican campaign from his sticky web, there will no doubt be more scare tactics pulled: gay marriage again, right to life stuff again, Iran....who knows what evil lurks in Bush's Brain?

Why is Al's picture once again gracing this blog? Well, it ain't over 'til it's over.
Posted by Guenveur in Kent at 1:45 PM