Okay, It Can Stop Any TIme Now 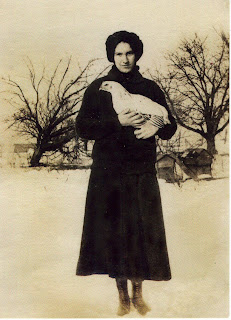 This has not been a good year so far. I started off with pleurisy and bronchitis and hours in the Emergency Room. By the time that was over, I got the verdict about my mammogram and had cancer surgery. I just had my initial visit with the radiology people to get set for the coming radiation series. Tuesday night, while eating a dish of ice cream, I felt something that was harder than a chocolate chip. It turned out to be a gold crown, from a 35 year old root canal on a molar on the side I chew on. Not relay too bad, since there's no nerve there, but still, dental work ahead.

That night I was awakened by rather severe chest pains which felt like the pains I used to get before I had my gall bladder (is there any uglier named organ in the body?) removed almost 30 years ago. Could it have grown back? I waited it out and it went away sort of. In the morning I had to make a decision: the dentist or the ER? I remembered all the trouble I had there trying to convince them that I knew what pleurisy felt like while they kept checking my heart and telling me that with women heart attack symptoms can be tricky. So this time I knew it wasn't pleurisy, my gall bladder (ugh!) probably hadn't grown back so maybe it was actually a heart thing this time. The ER won out and, since I was breathing normally and not sweating and the pain had pretty much died down, I drove myself over. Besides,poor John had already spent hours over there with me in January.
They took me right in and started doing the usual things. Every test was okay, but they decided I should stay over night and have more tests: echo-cardiogram and stress tests. They gave me a nice room to myself, with cable TV so I could watch movies on the Turner Classic Movies channel. They now have room service for meals and you can order anything you like as long as it's on the heart healthy menu. So I watched the original "Alfie" with Michael Caine - and why didn't he win an Oscar for that? He was brilliant -a rat, but brilliant. Watched "Room at the Top" with Laurence Harvey and Simone Signoret. (It must have been rat bastard male week on TCM.) The stress test was very interesting; no treadmill, they just pump you with a drug that simulates a fast jog on your body. The echo-cardiogram was interesting because you could hear your heart beat, which sounds like someone wearing heavy boots slogging through a marsh during the rainy season. I passed them all, of course. My own doctor finally showed up around 9 p.m., checked all the tests and told me that you could still get stones after your gall bladder (ugh!) was removed, ordered some further out-patient tests for the stomach area, and sprang me from the hospital just in time for me to miss "The Scarlet Pimpernel" which is about a man who is not a rat, dear old Leslie Howard.
So, if things come in threes, I should be good for a whlie. Of course, the dental mishap counts, making it a three and a half, or I'm working on the next three and I'm one ahead. But I'd like to wait for that one for a while. There's an old movie, "Four Daughters" starring John Garfield as a musician who has never made it big. He has a great speech which he gives, swathed in bandages, dying, while his wife helps him smoke a cigarette, about how the fates just have never let him become what he should have become: "They said, 'Give him talent, but not enough to be successful. Let him fall in l ove, but fail, etc.'" It's a kind of precursor to Brando's speech about how he coulda been a contender. In fact Garfield was the Brando of his day. But the point I'm trying to make here is that's how all this has made me feel, as if the fates are out to get me this winter.
The above picture has nothing to do with any of this except that I love it and it makes me feel - happy. It's a Christmas card sent to me by friend Chris in California and it's some relative of his, or a family firend, and he doesn't know her story. So ponder it and make up a life for this young woman, standing in the snow with a chicken in her arms nd a slight smile on her face.
I found the John Garfield quote about the "destinies" which and I'll try to put it in here.
Mickey Borden: They've been at me now nearly a quarter of a century. No let-up. First they said, "Let him do without parents. He'll get along." Then they decided, "He doesn't need any education. That's for sissies." Then right at the beginning, they tossed a coin. "Heads he's poor, tails he's rich." So they tossed a coin... with two heads. Then, for a finale, they got together on talent. "Sure," they said, "let him have talent. Not enough to let him do anything on his own, anything good or great. Just enough to let him help other people. It's all he deserves." Well, you put all this together and you get Michael Bolgar.
Posted by Guenveur in Kent at 5:16 PM

Another blog-o-riffic triumph. You took those lemons and made "vodka spiked lemonade' . Thanks for your literate and always thought provoking blogs. Queen Elizabeth (the whatever) called it her animus horriblus, or something like that, and except for her twit laden family hasn't had any major glitches since then.
Yo Sistuh

Can't I leave the country for one week without your getting into trouble? Sheesh.

WV: mories -- the part of the memories that are about others