At Home in Utopia 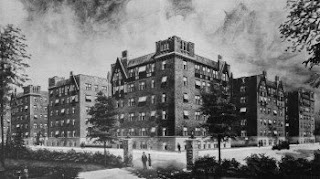 That is the title of a PBS Independent Lens program that was on Saturday night. I fell asleep and missed it, but I heard an interview with the producer on Bob Edwards Sunday morning. (You can learn more about it here.)I had wanted to see it because I knew someone who grew up there.

Clara and Sid came to the university the same year that we did. It was Sid's first job in years, because he had been caught up in the McCarthy witch hunt mess. The then president of the university, D.r. George Bowman was a brave and compassionate man. He had hired the first African American professor in an Ohio state university. He hired on the basis of competence and was not swayed by the prevailing prejudices. So Sid and Clara, who had grown up in a communist/socialist commune in the Bronx, were hired for the library science program because they were experts in their fields.
We met them at the reception for new faculty in the fall of 1959. The first thing I knew about them was their struggle with employment during the Red scare. They were hardly the types to overthrow the government. Sid had been in the service during WWII, for one thing and they were two very gentle people, but passionate about free speech and the fight for civil rights . Of course, these things were highly suspect during McCarthy's power over sanity. We did not become fast friends, but they were part of the milieu we traveled in.
When my husband died, after the funeral Clara came by with a gift certificate for the children at the local book store. Her field was children's literature. She started the Virginia Hamilton Lecture series, an annual program on multicultural children's literature. She built up the collection of children's lit at the university library. (Once when I was in D.C., I went to the Library of Congress to check out some old children's books. I mentioned her name to the librarians and they knew and admired her greatly.)
She had told me about her growing up in what was called "The Coop", an apartment complex built by Jewish immigrants int he Bronx, members of the garment unions, as a place where they could be free from anti-semitism and slum housing. The prevailing political orientation was anti-capitalism, as they saw the downside of capitaliism in poor working conditions (sweatshops), poor housing (slums) and poor health conditions for their children. Clara told me that she marched in May Day parades as a child. She also said that there were different factions within the complex, and that the Trotskeyites resented the Leninists and how the children should be indoctrinated. I told her she should write a memoir about her upbringing, but I think that what she and Sid had been through during the 50s made her reluctant to do so.
During the civil rights movement in the 60s, she and Sid were activists, and when the Viet Nam War became the center of protest, they were there, too. I remember at one war protest march here in Kent, along with speeches about the war, Sid made sure to mention the plight of the garment workers in the South and their needing our support, too. They were there to support the students after the killing and wounding of university students in 1970. They put up bail for students arrested during succeeding protests in the early 70s. There was a rumor that they had mortgaged their home to hire lawyers, too.
After Sid retired, Clara continued to do her work at the library. When he died suddenly, Clara went into a deep depression. I again suggested that she write her memoirs, but she was just not able to get the energy to do this. They had known each other since childhood, and I think she was just not able to face life without him. Sadly, she took her own life a few years after his death.
I am glad that I knew these people. As a lover of children's literature, I appreciate the work that she did. Of course, in the McCarthy era, I would be guilty by association and labled a pinko commie.
Posted by Guenveur in Kent at 10:15 AM