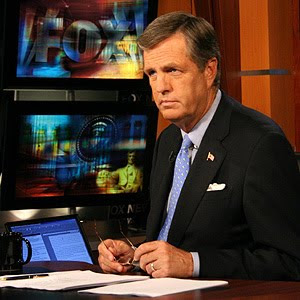 Since I do not watch TV news programs, preferring to read more than the soundbites which TV offers, I did not hear Brit Hume expounding on Tiger Woods' need to embrace Christianity as means of receiving forgiveness and redemption. (Unfortunately, Tiger has done too damn much embracing for the last few years, so he may not be ready to embrace anything so long as his wife has access to golf clubs. It's hard to redeem a jerk, in any case.)

Well, we've all seen a large number of professed Christians being redeemed over and over and over again and continuing to lie, cheat and steal, so I'm not sure what good it does being one of the chosen to whom Jesus is a personal savior. (He must get tired of all that forgiving and redeeming of those people.) I rather lost confidence in that whole concept when a born again Christian friend maintained that if Hitler had accepted Jesus on his death bed (or bunker) he would have been forgiven and his soul would have risen right up to the Pearly Gates, passing go and collectiing $200. Sorry, Adolph; some things are unforgivable.
When Hume was criticized for his fatuous comment, there was an outcry from the religious right that godless liberals don't want no religious talk 'round here on TV. Have they checked out the numerous religious channels full of bloviating, well coiffed , nattily dressed religion hucksters who seem to go on 24 hours a day? And how about Pat Robertson, who talks to God, and is currently blaming the tragedy in Haiti on their lifestyle? Besides these obvious fish in a barrel, there have been some terrific discussions of religious beliefs all over the place on PBS, mainly, if one is serious about the study of same, and not mere proselytizing.
So, Brit, mind your own bees wax about Tiger Woods and his jerky behavior. Oops - I guess I made a judgement there! Forgive me.
Posted by Guenveur in Kent at 11:12 AM