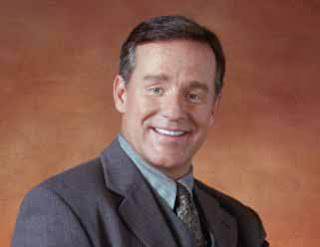 The late, great Phil Hartman once did a sketch on SNL called "Cooking With the Anal Retentive Chef " (you'll have to watch a short beer commercial) which is one of my all time favorite comedy bits. I found myself in the same situation yesterday. I had a project which necessitated getting back to my drawing table. That room has been for weeks a guest room for my dear daughter Polly while she was here. Once the futon is out, the guest has barely enough room to move, much less store any excess baggage. The drawing table therefore becomes a necessary repository for "stuff" which the guest needs during her stay (which was not nearly long enough if you ask me.) As a result, the drawing table, once the guest had departed (much too soon) was a bit of a mess.

What with the broken hip and all, the table had been neglected as a drawing table for at least two months. So my first order of business, before I could get started on my project, was to give the table a thorough cleaning. There were also a few odd objects which had found their way onto the table, so I had to sort through those and find a proper place for them (A place for everything and everything in its place.) This led me to another room, where I found it necessary to run a dust cloth over a couple of shelves before I could put said objects in that proper place.

That done, I returned to the table. I found some photos tucked between my pencil sharpener and my desk thingy where I keep pencils, brushes, erasers, etc. Now where did they belong? I found an envelope full of photos on one of my bookshelves and had to sit down and look at them: Emily, Chris and the kids in Provincetown visiting Polly, my niece Margaret Ann's wedding (20 years ago?), my siblings and I at Michael's lake house for a reunion - fond memories! I decided that sorting through these would take too much time and put them all in the same envelope, an act which did create some discomfort.

When I had the table top clean, as long as I had the 409 handy, I decided to clean a molded tray containing a LOT of stuff - pens, markers, more erasers, a scraper thing that I use to clean my palette and a packet of single edge razors that go into it (one at a time, of course). I had to test the pens and markers to see which ones still worked, of course. Once I had thrown away the bad ones, I decided to move some of the tray stuff to my taboret. When I opened the top drawer, I saw that I needed to get rid of some of the clutter, like dozens of other people's business cards - artists, publishers, storytellers, etc. Of course I had to read each one and make a decision before dumping it. Who were those people and how did I end up with their cards? Then I reorganized the entire drawer, of course.

I have some glass knick knacks - a prism, a crystal Swedish bird, a French crystal egg and a cicada from Provence on the table for the sun to shine through and they needed a little Windex to cheer them up, so I fetched that and polished those ojets d'art, and as long as I had the Windex, I decided to clean some framed pictures, too, which were in another room. That reminded me that I had promised Sally that I would fix the frame of "The Girl With The Pearl Earring," not the original but a copy I had painted a few years ago. I am giving it to her because it's her favorite paining and the book and the movie about it are much loved by her. So I had to dig up some small nails and the tack hammer and got that job done in no time. As long as I had the hammer and some nails, I decided to bang one into the window frame so that I could hang the antenna for my little wee TV which I like to put on my table and watch when I am working.
It was afternoon by this time, too late to start what I meant to do in the first place. Am I anal retentive? I dunno. But I have a clean table for when I actually get down to work on my project.

My two far away daughters were home in May and both left last week and the house is empty. It was lovely to have all four kinder in one place at the same time. It doesn't happen often, so it was a real treat, and we had a great time.
Posted by Guenveur in Kent at 6:19 PM