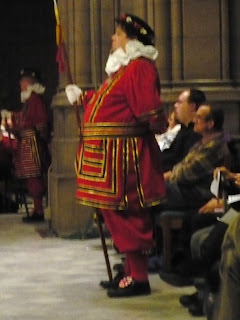 I am composing this on my new gigantic laptop. I think John got tired of hearing me curse using my very slow Dell, and decided to provide me with one that has speed and a lot of bells and whistles. It's lovely. By coincidence, Sally got me a neat little Passport portable hard drive, so I can empty the old one and pass it on to a deserving citizen who can take over the cursing.

As is usual when Polly and Sally are here at the same time, there is very little conversation, rather the clicking of computer key boards as they commune with people who are elsewhere. On Christmas day, with my new computer's built in camera, we had one of those broken Skype sessions with Emily and Chris and visitor DCB in Germany. The main problem was with the heavy Skype traffic, the result of which is frozen pictures, many "Can you hear me nows?" and un-Christmas spirit frustration.
We had an nontraditional, for us, Christmas dinner. John decided that we should have duck, rather than roast beast. He went to Difeo's, a poultry purveyor in Akron, and brought home a 6 pound Long Island duckling. He also was the cook for the fowl, basting it with red currant jam and orange juice. It was sooo good. Polly prepared roasted sweet potatoes, and Brussels sprouts cooked with bacon and maple syrup. Sally made a red and green salad with baby spinach and raspberries. I did nothing, ab-so-lute-ly nothing. It was the most flavorful, delicious Christmas dinner ever. Polly also made bread pudding in lieu of the plum variety, but it was equally spicy and filled with raisins. walnuts and apples. Feast!
We made the usual trek to Cleveland for the Boar's Head Festival at Trinity Cathedral. It seemed to be bigger than in the past, and wonderfully colorful. There's nothing like hearing a brass choir in such a beautiful stone cathedral. They even serve ham and mince pie afterwards, and this time we partook before we took off for the Number One Pho, a Viet Namese restaurant housed in what looks like an Edward Hopper painting in a rather dodgy industrial section of East Cleveland. I tired to emulate a Hopper with my camera, but the light was just not bright enough and all was blurred. Besides, I was not sure that the other patrons wanted to have a picture taken that may show up on Facebook some day, especially if they were there with someone their wife or husband may not approve of.
We're having some very fine left over split pea soup made by the chef du jour from Provincetown, who is as much an artist in the kitchen as in the studio. At some point this week, we are going up to the Police Museum in Cleveland, which promises some very gruesome artifacts from a number of unsolved murders, an interest my children seem to have developed on their own. Makes me wonder what may be in store for me as I get older and creakier. I may need to hire a bodyguard.

These are some Ladies of the Court, who entered sweetly singing a lullaby for the Holy Infant so tender and mild. So lovely were their voices in that huge space.
Posted by Guenveur in Kent at 5:24 PM