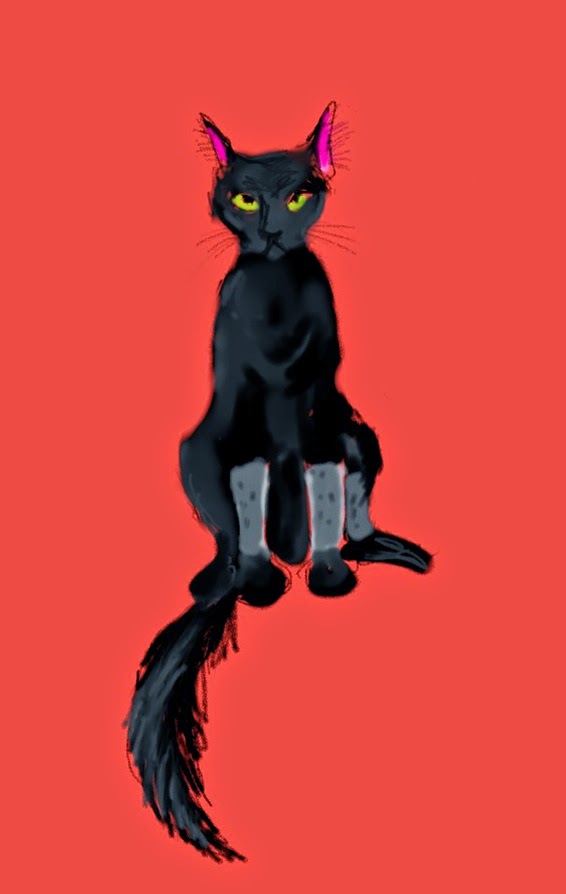 OA couple of weeks ago, Sixto, the resident Burnell cat, was obviously feeling under the weather. He was off his feed. He sort of crouched and his beautiful black coat had that dull, ruffed up look that cats wear when they lack that feline spark of well- being. In short, the beast was ailing.
John took him to the vet, who checked him over and decided that whatever it was was beyond her expertise. She recommended  a place in Akrom which is the Cleveland Clinic for animals, a state of the art facility that operates 24/7.
The experts there started a process involving four different specialists in sick cat medical practice and lots of money concommitent with their their medico-scientific wonderful ness. Their actions involved IV infusions, and x- Rays (but no cat cat scans) looking for some sort of intestinal blockage. They kept him overnight, so that the odd specialist could study his condition, come up with a diagnosis and treat whatever it was.i
Sixto is a most agreeable cat, affectionate, friendly- he greets company at the door in a very un- catlike, semi- doglike manner - but at this upscale vet clinic he began to hiss and strike out with extended claws at these practitioners. John decided that they were more interested in conditions than in animals. He was also tired of waiting for each specialist to show up and pontificate on a diagnosis. Finally, since they couldn't find anything specific, and Sixto was indicating that he didn't much care for their attitude, that they saw him as a collection of symptoms instead of a particular animal. John decidided to bring him kome.
That seemed to work just fine, because whatever it was, it no longer is, and Sixto is fine, eating well again and looking sleek - except for his legs. In order to perform the IVs, they shaved his front legs and one of his hind legs. He looks like a damn poodle-cat. I am embarrassed for him. God knows what the other cats are thinking. The fur will grow back, of course, but for now, he does look strange indeed
Posted by Guenveur in Kent at 10:49 PM

¡Pobrecito! I'm glad he's feeling better. I do believe this is your best computer illustration yet!