What Would Jesus Say? 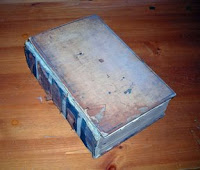 It occurs to me that the word "Christian" does not mean what is used to mean. There was a time when it was used to describe not being Jewish, or Buddhist or Muslim or any other religion not based on the New Testament part of the Bible. Christians were called Catholic, Episcopal,Lutheran, Methodist, Baptist, Presbyterian or whatever their particular interpretation of the Bible or split from Rome led them to call themselves.(At least as the Catholic Church saw it.) To a Jewish person, these folks were all Gentiles - or goyim, if you spoke Yiddish.
The first time I became of aware of this use of "Christian," I was at an outdoor folk festival and was approached by a young woman with one of those Pat Robertson smiles. "Are you a Christian?" she asked, out of the blue. "Uh, well,I used to be a Catholic," I replied, which caused her to shudder and quickly move on. Ye gods, I thought, if Catholic was not Christian, what was? After all, the nuns had told me for 12 years that we were Number One, the only TRUE church. What was that girl's problem?
Then several years ago I was a bit disconcerted when, after telling a new friend that an old friend had recently died, the new friend asked me if the deceased was a Christian. I wasn't sure how to answer that. First of all, that's the last thing I would be interested in knowing about someone who had just died, and I was not sure what she had in mind. I told her that my friend was a good person who had worked hard and well in the community and had given much of herself to make life better for others. She then asked, "But was she a Christian?" I told her I was sorry but my friend of 35 some years had never discussed religion much, but I thought she had said she was brought up Episcopalian. I guess I still hadn't answered the question to her satisfaction so the subject was dropped. By the way, the new friend is now an old friend and she's a good person, too. We don't discuss religion, either.
The endless political season has only reinforced the "Christian" label,and we are told that some Christians are better than others, apparently, because they say so. And it seems that if you have a personal relationship with Jesus (whatever that means), you can do pretty much anything, like wreck the country and bomb evil-doers and point fingers at those who aren't Christian enough. I can't imagine that Jesus had this sort of thing in mind as he went about teaching people to try their best to be good people no matter what they called themselves. Same with the Buddha and Mo hammed.
Posted by Guenveur in Kent at 12:44 PM

Most of the people who thump their chests and call themselves "Christians" are just a bunch of hypocrites anyway.