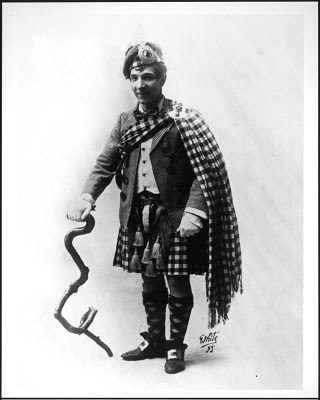 Well, it just worked out fine. Our usual group was mostly absent, but we had some new talent and a new audience. A fine crowd attended and the folks from the Brimfield Historical Society put on a fine spread of eatables. John emceed the proceedings with wit and charm, even though he is my son and I shouldn't brag on him, as they say. He began by reading a poem by Edgar McCormick, the late professor of English at KSU, a writer, a poet and one of the founders of the Brinfield Historical Society, for whom the room we were meeting in was named.
There's a man named Merle who can recite four hours of Robert Frost if you'll let him. He regaled us with Frost, Dickinson, Burns and Sandberg among others. Merle is a sort of minstrel who has committed to memory just about the works of any poet worth mentioning. He doesn't just recite, though, he gives you the poem with his voice, his face, his gestures and his whole body. He's a local treasure and we were so lucky that he showed up.
A woman who told us about her father's hobo days during the depression, gave us a genuine hobo song, one I'd never heard. She used to sing with a polka band, and she was in good voice. John and Sally sang "Hard Times," which went with the hobo theme. Another woman, a retired librarian, gave us a review of an Alexander McCall Smith book set in Edinburgh, which she assured us that we would love. I believed her. We had a 10 year old with great timing who told as joke his Poppy had told him. It was clean and funny.
Beth, a terrific folk singer from Cleveland sang a song I love, "In the Sally Gardens," and later did "The Long Black Veil." She has a beautiful voice and could have been out some place singing for money, so it was lovely to have her and her talent with us. I did a couple of stories, but not the one I'd planned to do. I had told it years ago, but I just wasn't sure about it, so I ran a couple of oldies, which worked for this new audience.
There were several Burnell family songs, like "Leaning on the Everlasting Arms," in which we were joined by Saunis, one of the usual gang. She and Ted, her husband, did a great bawdy song about a drunken Scotsman who fell asleep in his kilt and was surprised to find in the morning that he had received a blue ribbon on a certain part of his anatomy.
I think the star turn was provided by friend David C. who introduced (to some of the younger members of the gathering) the famous Scot of vaudeville days, Sir Harry Lauder. David is half Scot on his mother's side and he grew up listening to scratchy recordings of Sir Harry singing "Roamin' in the Gloamin'." He played Harry's version, on tape, and then we heard the 5 year old David C.'s version, to which the response was a universal "Awwwwww." Then he proceeded to belt out the song, with the audience joining in the chorus. It was a hit!
We ended up with "Auld Lang Syne," a final nod to Robbie Burns himself. 'Twas a lovely evening and we expect it will happen again next year with more performers, now that they've seen it once; at least one man said he'll sing next year and he's already practicing.
Posted by Guenveur in Kent at 8:14 PM