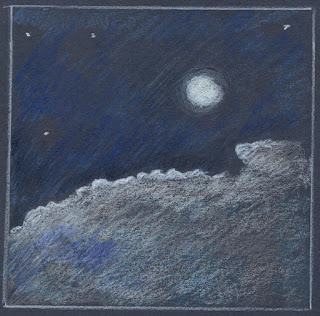 I do not love to exercise. What I do like, though, is having done it. I like doing it early in the morning, because that's as bad as I'm going to feel the rest of the day. It's over by 8:00 a.m. and from then on, is on;y going to be better for that. I have been doing something exercise-ish early in the day for about 45 years or so. I was in an exercise program at the university for years, which involved floor stuff (stretching, bending ) and a lot of running. Then I did walking, lots of walking. After my first hip surgery, the elective one, I started Silver Sneakers, a program for geezers, which involved the stretching and bending stuff with a little mild aerobics thrown in. I have found all of this immensely boring, but I have done it anyway. Now I am in a water aerobics class which I actually enjoy, thanks to the other participants, a group of friendly, funny, smart women. We do this at 7 a.m. twice a week, which means I arise at 6:00 a.m., while it is now quite dark.
All this is just a lead up to the subject on this post, which is the beauty of the December morning sky. There is no other time like it. I don't know why, and I have seen years of early morning skies. In December the sky is the deepest and richest shade of dark blue. You can almost hear this color. For the past few days the moon has been full and pure glowing silver. In spite of light pollution, there are actually stars to be seen. Venus, of course, low in the western sky, smaller but as bright as the moon. I love this sky The moon shines into my room, but I have to get out of bed to see it. Early in the evening it is low and huge and then toward morning it is way high up in the western sky but still extremely bright. I remember flying home from some place years ago in December on a clear night and could see the silver pools of water far below as the moon reached them in a sort of explosion of brightness - the sort of magic that takes away the thought that you're in a speeding metal tube high above the earth. Even down on the ground, I love to go out to get the paper and just stand there and look up at the December sky and enjoy the moment.
Then I have to go and exercise.
Posted by Guenveur in Kent at 4:30 PM