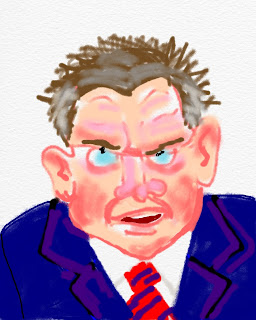 One significant outcome of the recent election seems to be the large number of angry white men. Having run the country for 260 years, they seem to resent the fact that one of the Other has succeeded in winning the votes of many people who are not white and/or males. I received a couple of Emails the day after the election from a couple of very angry white men who felt betrayed and claimed that everything they had been brought up to believe had been totally discredited by this unbelievable turn of events. One even sent me a breakdown of the Obama votes, showing the percentages of African-American, Latino and WOMEN voters who had gone for President Obama. It looked like something out of the xenophobic Pat Buchanan playbook, hastily put together to demonstrate the unworthiness of the victory: Well, there you are, you see! I reminded him that until 1920 almost all voters were white males and until 1964 most voters were white, period.


(On Facebook I saw another chart someone had put together showing that the states with the highest educated population  had also  gone for Obama, but I didn’t sent that to the angry white men, who also happen to be pretty smart and well educated themselves…but obviously seriously misguided.)


Some angry white men are trying to secede from the , claiming it does not reflect their values. Which are apparently similar to the South’s, circa 1860. I could have bought into that idea of secession during the eight agonizing years of the Bush administration, but I’m not an angry white male. I was more depressed than angry during those years, feeling a sort of despair that thinking people could have elected, at least once, such an incompetent (unless you were very wealthy) group of scoundrels.


So what shall we do with these angry white men? They happen to be the “job creators” who have spent the last four years trying to make sure that President Obama would be a one term president, and now their dreams are dashed.  They have enough money to retire retreat to the islands where most of their money is, so maybe they’ll just sulk until 2016, or withhold their job creating powers another four years to prove how hurt they are by the betrayal of the 47% for voting the wrong way. And it will be Obama’s fault, of course.
Posted by Guenveur in Kent at 4:43 PM